Madhya Pradesh Election Results: Voting took place on 29 seats with a voter turnout of 60-65 per cent. According to the leads at 4 pm, BJP is leading in 28 seats and Congress on 1 seat. 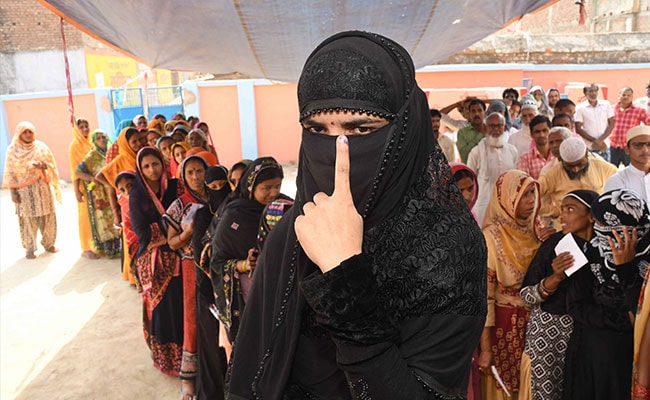 Madhya Pradesh Election Results: There are 29 seats in the state.

Voting in Madhya Pradesh took place in the last four phases of the seven-phase national election on April 29, May 6, May 12 and May 19. The voter turnout on 29 seats was 60-65 per cent with main parties being BJP and Congress. In 2014 Lok Sabha Polls, Madhya Pradesh voter turnout was 67.1 per cent with the BJP winning a majority of 26 seats in the state. The seats that voted in Madhya Pradesh are Morena, Bhind, Gwalior, Guna, Sagar, Tikamgarh, Damoh, Khajuraho, Satna, Rewa, Sidhi, Shahdol, Jabalpur, Mandla, Balaghat, Chhindwara, Hoshangabad, Vidisha, Bhopal, Rajgarh, Dewas, Ujjain, Mandsour, Ratlam, Dhar, Indore, Khargone, Khandwa and Betul. Madhya Pradesh Lok Sabha Election Results, along with all other states, will be declared today. According to the leads at 4 pm, BJP is leading in 28 seats and Congress on 1 seat.

Among the prominent candidates in Madhya Pradesh are senior Congress leader Digvijaya Singh, Congress lawmaker Jyotiraditya Scindia; and Pragya Thakur, BJP candidate from Bhopal who is an accused in Malegaon blast.

How To Check Madhya PradeshElection Results 2019

The national election was held in seven phases. It began on April 11 and concluded on May 19. Over 2,000 parties and 8,000 candidates are in contest for 543 seats. This time however, counting of votes will take place for 542 constituencies because elections in Tamil Nadu's Vellore had been cancelled by the Election Commission after a large amount of cash was seized during a raid. This election will choose the 17th Lok Sabha. The members of the largest party or coalition will then choose the Prime Minister. India has seen 16 general elections since independence in 1947. Around 90 crore people are eligible voters, among these, around 15 crore will be first-time voters.