West Bengal election results: There are 42 seats in the state with prime parties being TMC, Congress, BJP and the Left. According to leads at 6:30 pm, TMC was leading on 23 seats and BJP on 18 seats. 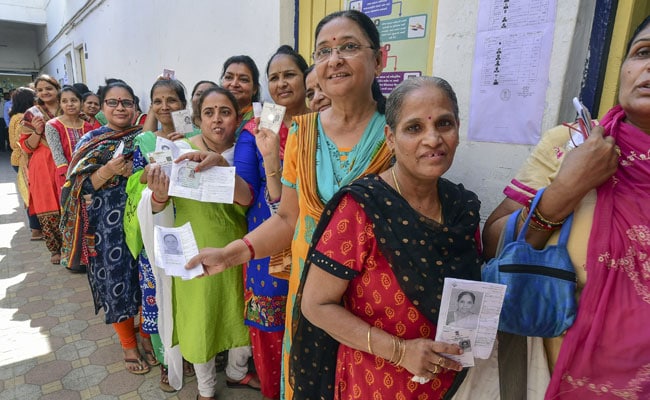 West Bengal election results will be declared by May 23 evening.

West Bengal voted in all seven phases of voting for Lok Sabha Elections 2019 on April 11, 18, 23, 29, May 6, 12 and 19. There are 42 seats in the state with prime parties being TMC, Congress, BJP and the Left. The voting percentage in West Bengal was recorded to be between 80-82 per cent in all seven phases in the national election 2019. In 2014 Lok Sabha Polls, Bengal voter turnout was 82.6 per cent with the All India Trinamool Congress (TMC) winning 34 seats, while the Communist Party of India (Marxist) (CPM) won only two seats.Check Bengal Lok Sabha Election Results.

Some of the prominent candidates from Bengal include Union Ministers Babul Supriyo and SS Ahluwalia, TMC leaders Dinesh Trivedi, Moon Moon Sen, BJP leaders Joy Banerjee who is a veteran actor, Locket Chatterjee who is an actress and President of State Mahila Morcha, Congress' Suvra Ghosh who is sister-in-law of former President Pranab Mukherjee and Deepa Das Munshi who is wife of former Minister Priyaranjan Das Munshi.

Lok Sabha election 2019 result will be declared on May 23. The counting of votes will begin from 8 AM and can be checked on the Election Commission of India website - (https://eci.gov.in) You can check all the live updates for Lok Sabha election results on ndtv.com/elections and on NDTV English Channel on May 23.

Latest Instalment Of Electoral Bonds To Go On Sale From Monday