Kerala Election Results: Congress President Rahul Gandhi is contesting from Kerala's Wayanad and is one of the most prominent candidates in the state. According to leads at 4:30 pm, Congress and alliance - the UDF - is leading in 19 seats. 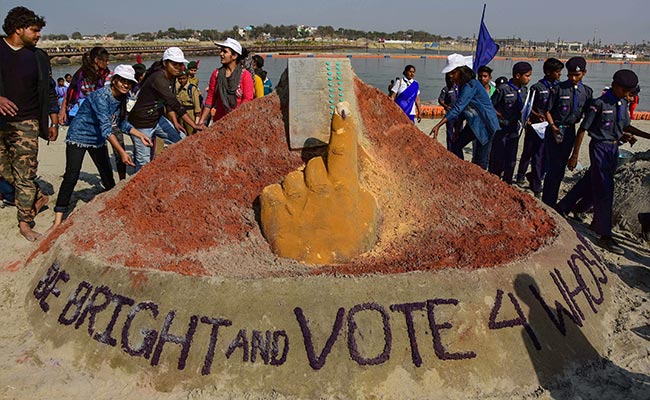 Kerala Election Results: Voting percentage was recorded to be 70.63 per cent in the state.

Kerala voted in the third phase of Lok Sabha Elections 2019 on April 23. There are 20 seats in the state with prime parties being United Democratic Front (UDF) which includes Congress, Left Democratic Front (LDF) that includes CPM; and the BJP. The 20 Kerala seats are: Kasargod, Kannur, Vadakara, Wayanad, Kozhikode, Malapuram, Ponnani, Palakkad, Alathur, Thrissur, Chalakkudy, Ernakulam, Idukki, Kottayam, Alappuzha, Mavelikkara, Pathanamthitta, Kollam, Attingal, and Thiruvananthapuram. The voting percentage in Kerala was recorded to be 70.63 per cent in the third phase of national election 2019. In 2014 Lok Sabha Polls, Kerala voter turnout was 73.9 per cent. The United Democratic Front won 12 seats and Left Democratic Front won 8 seats. According to leads at 4:30 pm, Congress and alliance - the UDF - is leading in 19 seats.

Congress President Rahul Gandhi is contesting from Kerala's Wayanad and is one of the most prominent candidates along with senior Congress leader Shashi Tharoor. Kerala Lok Sabha Election Results, along with all other states, will be declared on May 23.

How To Check Kerala Election Results 2019

Also follow NDTV's official Facebook page and Instagram page for all election related news.
The national election was held in seven phases. It began on April 11 and concluded on May 19. Over 2,000 parties and 8,000 candidates are in contest for 543 seats. This time however, counting of votes will take place for 542 constituencies because elections in Tamil Nadu's Vellore had been cancelled by the Election Commission after a large amount of cash was seized during a raid. This election will choose the 17th Lok Sabha. The members of the largest party or coalition will then choose the Prime Minister. India has seen 16 general elections since independence in 1947. Around 90 crore people are eligible voters, among these, around 15 crore will be first-time voters.