Andhra Pradesh Election Results 2019: Voting took place on 25 seats with a voter turnout of 79.64 per cent in national election 2019. 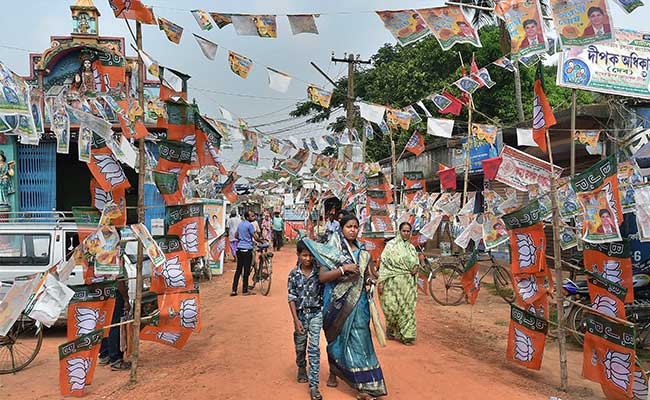 Andhra Pradesh Election Results 2019: 319 candidates are contesting from the state.

Voting in Andhra Pradesh took place in the first phase of national election on April 11. Voting took place on 25 seats with a voter turnout of 79.64 per cent. The main parties in Andhra Pradesh are BJP, Congress, TDP, YSRC and Jana Sena. In 2014 Lok Sabha Polls, Andhra Pradesh voter turnout was 78.8 per cent with the Telugu Desam Party led by N Chandrababu Naidu winning a majority of 175 seats in the state. The seats that voted in the first phase on April 11 are Araku, Srikakulam, Vizianagaram, Visakhapatnam, Anakapalli, Kakinada, Amalapuram, Rajahmundry, Narasapuram, Eluru, Machilipatnam, Vijayawada, Guntur, Narasaraopet, Bapatla, Ongole, Nandyal, Kurnool, Anantapur, Hindupur, Kadapa, Nellore, Tirupati, Rajampet, and Chittoor. Andhra Pradesh Lok Sabha Election Results, along with all other states, will be declared on May 23.

How To Check Andhra PradeshElection Results 2019

Among the prominent candidates are Congress candidate for Khammam Lok Sabha seat in Andhra Pradesh, Renuka Chowdhury who contested against Devaki Vasudeva Rao of the BJP. Daggubati Purandeshwari who is the daughter of Telugu Desam Party (TDP) founder NT Rama Rao is contesting from Visakhapatnam.

The national election was held in seven phases. It began on April 11 and concluded on May 19. Over 2,000 parties and 8,000 candidates are in contest for 543 seats. This election will choose the 17th Lok Sabha. The members of the largest party or coalition will then choose the Prime Minister. India has seen 16 general elections since independence in 1947. Around 90 crore people are eligible voters, among these, around 15 crore will be the first-time voters.