The CBI's Deputy Superintendent of Police NP Mishra has alleged that that the agency's Joint Director AK Bhatnagar was involved in a fake encounter and has sought his removal from office. 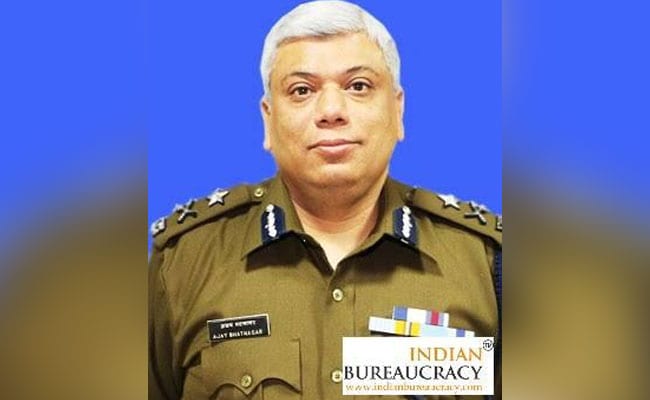 CBI officer NP Mishra has alleged that AK Bhatnagar (in the photo) was involved in a "fake encounter".

An officer in the CBI has written to the Prime Minister's Office, accusing a top officer of being involved in a "fake encounter of 14 innocent persons". The allegations come a year after the country's top investigating agency saw a bitter, public fight between its then top two officers.

NP Mishra, a Deputy Superintendent of Police, has alleged that AK Bhatnagar, a Joint Director (Administration) in the CBI was involved in a fake encounter in Jharkhand and has sought his removal from office.

"It is submitted that AK Bhatnagar, who is presently working as JD (Admn), CBI, is grossly involved in the fake encounter of 14 innocent persons in Jharkhand. It is also learnt that the related case is under investigation in CBI SC-I Branch," says NP Mishra in his letter on September 25. Apart from Prime Minister's Office (PMO), the letter was also sent to the CBI chief and the Chief Vigilance Commissioner (CVC). He has also written a separate five-page complaint to the CVC.

NP Mishra said that the family members of the victims in the alleged encounter have already made a complaint.

The officer also pointed to the Mr Bhatnagar's alleged involvement in "various corrupt practices", claiming that several people had complained to the authorities about it.

NDTV has sought a response from the CBI on NP Mishra's letter and its contents. The agency is yet to respond.

This is not the first time when Mr Mishra has levelled allegations against an officer of the agency. Mr Mishra had last year accused CBI officers of "corruption and manipulation of evidence" in the murder case of journalist Umesh Rajput in Chhattisgarh but the agency had denied all the allegations.

NP Mishra has also challenged his transfer in the Delhi High Court which will hear the case next on October 1. He is now working in the division of the CBI which handles the extradition of fugitives through Interpol.

Last year, the premier investigating investigating agency saw a bitter episode of infighting with its top two men going public against each other. Then CBI director Alok Verma and his deputy, Special Director Rakesh Asthana, had accused each other of being involved in corruption cases.

Following the public spat, Mr Verma and Mr Asthana on forced leave. Mr Verma was transferred from the top post in the probe agency following which resigned. Mr Asthana too was moved out of the agency.