Malaika Arora Is Burning Up The Trends List, With Arjun Kapoor And Arbaaz Khan 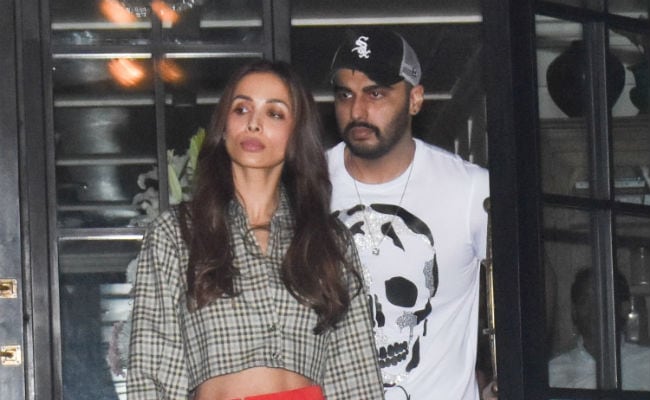 Malaika Arora, Arjun Kapoor and Arbaaz Khan found a spot on Sunday's list of trends after reports of rumoured couple Malaika Arora and Arjun Kapoor's wedding spread like wildfire on the Internet. Simultaneously, several media websites reported that Malaika and her ex-husband have been approached to co-judge the upcoming season of dance reality show Nach Baliye. As per reports in The Quint and News18, Malaika and Arjun are looking forward to an April wedding as per Christian tradition. Arjun Kapoor is currently filming Panipat while the post-production work on two of his films Sandeep Aur Pinky Faraar and India's Most Wanted is in progress.

Malaika and Arjun frequently trend for viral pictures from their outings and often for indirect to direct comments about each other. Recently, a promo of Koffee With Karan 6, in which Malaika said 'I like Arjun, this way or that way,' went viral. The episode will air on television tonight. On Koffee With Karan 6, several celebrities such as host Karan Johar and Priyanka Chopra to name a few confirmed that Malaika and Arjun are indeed dating. Arjun Kapoor, who made an appearance with his sister Janhvi , said on the show that he's ready to get married but did not name whom he is dating.

In the second part of this story, DNA reported that Malaika and Arbaaz Khan have been approached to co-judge Nach Baliye 9, in which ex-couples will participate. A source told DNA that Arbaaz has agreed while Malaika's approval is pending. "The reason the makers are focussing on exes this season is they feel that through the course of the show, if even one couple gets back together, it will be a great achievement," the source was quoted as saying.