Malaika Arora Says Family Was Sceptical About Divorce: "No One Says Go Ahead At First" 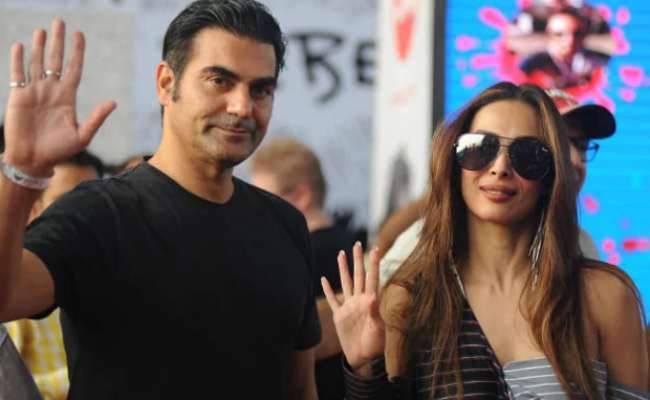 Malaika Arora and Arbaaz Khan photographed at an event in Mumbai.

Malaika Arora and Arbaaz Khan's marriage of 19 years ended after they divorced in 2017 and speaking about taking the decision, Malaika said that initially, her family did not want her to go ahead with the divorce, several webloids reported. Malaika was speaking on the radio show hosted by her friend Kareena Kapoor. "I think, sab ki pehli yehi raai hai ki mat karna. Koi aapko nahi kahega ki, 'Haan, haan, please jayiye, kariye.' That's the first thing, ki aap soch samajh ke yeh decision lena. I went through the same thing," India Today quoted her as saying on the show.

"Even the night before I got divorced, I had my family sit with me and ask me yet again, 'Are you sure? Are you 100 per cent about your decision?' These are the people who worry and care so they will definitely say that," she reportedly said on the show. She added: "Everybody said, 'If this is the decision that you're making, then we're really proud of you and in our eyes, you are a strong woman.' So for me, that kind of gave me that extra strength that I needed." 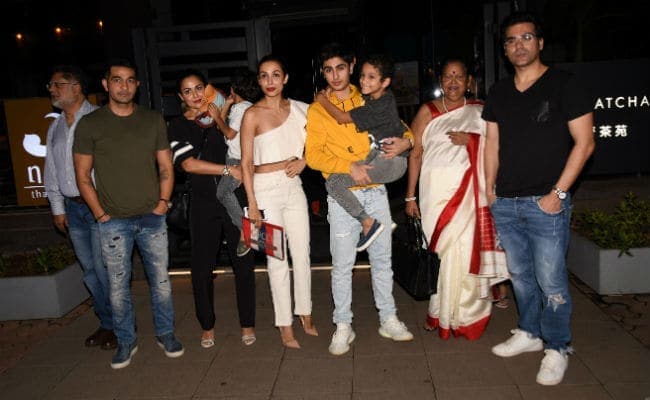 Arbaaz Khan photographed with Malaika and her family.

An Indian Express report added that Malaika also said on the show that they were making each other "very unhappy." Malaika was quoted as saying: "... We were two people in a situation making each other extremely unhappy which was impacting everybody else's life around us."

Malaika Arora and Arbaaz Khan met during an ad shoot and got married in 1998. They are parents to son Arhaan, 16. Malaika and Arbaaz frequently catch up on family events. "I would rather see my child in a happy environment than being in an environment that is completely disruptive. I think with time, my child is far more accepting and flourishing," Malaika said on the show, reports Indian Express.

As of now, Malaika is reportedly dating actor Arjun Kapoor while Arbaaz is said to be in a relationship with model Giorgia Andriani.