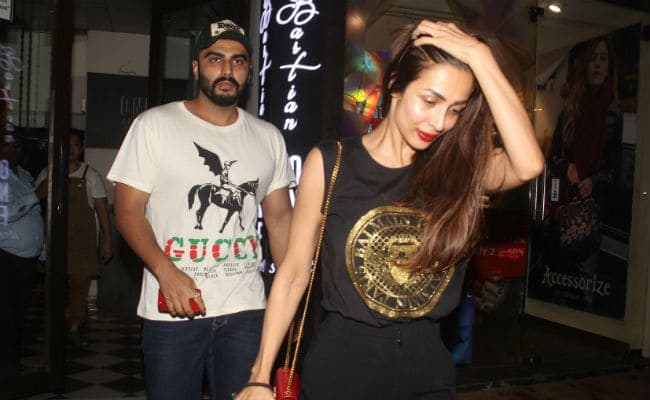 Because it's Thursday, Malaika Arora treated her Instafam to a throwback picture of herself and the caption suggests that it appears to be taken during one of her holidays. "Take me back. Happiness," she wrote, adding a heart emoticon and the hashtag 'Throwback Thursday.' Guess who was the first celeb to comment on her post? Yes, you are absolutely right if your answer is Arjun Kapoor, whom Malaika is reportedly dating. "Hmm," is how Arjun reacted to her photo, in which she looks pretty in a floral printed dress and sports a million dollar smile. Apart from Arjun, stars like Twinkle Khanna, Neha Dhupia, Abhishek Bachchan, Farah Khan and others have liked Malaika Arora's Throwback Thursday post.

Take me back .....happiness #throwbackthursday

A section of the Internet thinks that the picture was taken in Italy, where Malaika celebrated her 45th birthday in October. It was reported that Arjun had also accompanied Malaika to Italy, but they refrained from getting photographed together at the Mumbai airport on their return.

On Karan Johar's chat show Koffee With Karan 6, Arjun Kapoor confirmed that he is 'dating' someone. "A lot that has happened in the family over the last few months and also with me, which has given perspective for me to answer this. I finally feel like I have a sense of belonging and a family," he said.

Malaika Arora was previously married to actor-filmmaker Arbaaz Khan. They are parents to son Arhaan.

On the work front, Arjun is currently filming Panipat. Sandeep Aur Pinky Faraar and India's Most Wanted are his upcoming releases.