On New Year's eve, Sanjay Kapoor and his wife Maheep hosted a party at their Mumbai residence 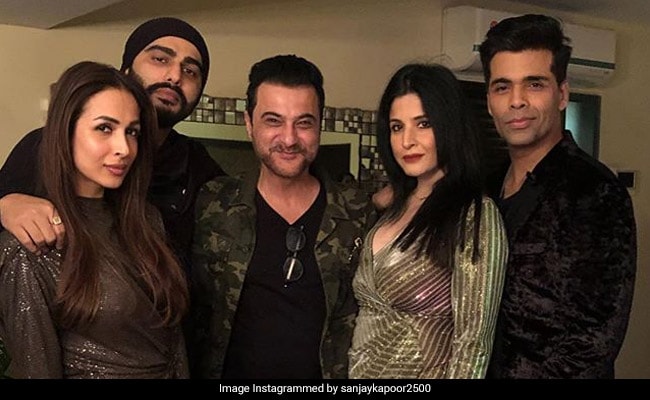 On New Year's eve, Sanjay Kapoor and his wife Maheep hosted a party at their Mumbai residence, which was attended by the couple's family members and close friends. Arjun Kapoor was photographed outside the Sanjay Kapoor's Mumbai home on Monday evening and guess who joined him for the party? If your answer is Malaika Arora, you're right. Rumoured couple Arjun and Malaika were spotted entering the party venue together. Malaika wore a brown shimmery dress to the party while Arjun Kapoor was casually dressed. Filmmaker Karan Johar arrived with Punit Malhotra at the New Year's bash. Flashbulbs popped incessantly as the celebrities arrived at the Kapoor residence for the gala night. Actor Chunky Pandey was also on the guest list. 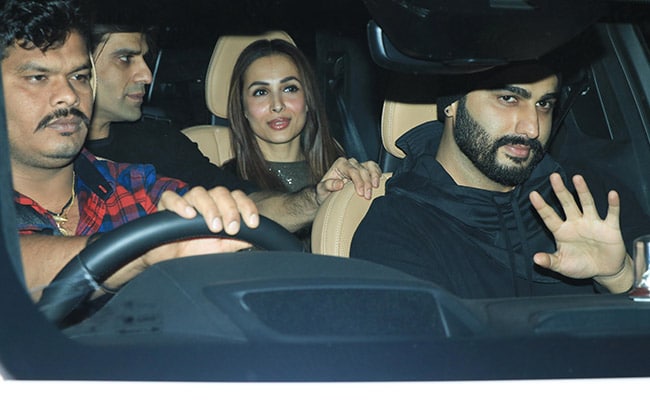 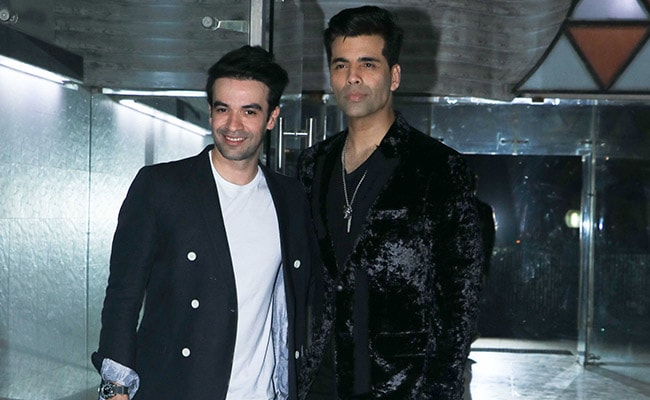 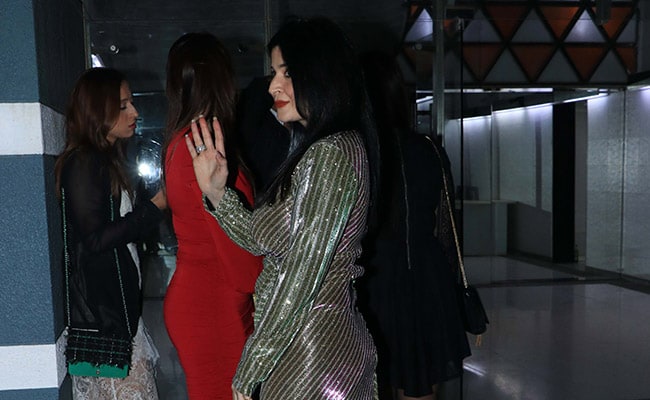 Sanjay Kapoor also shared inside photos from the party on his Instagram timeline. "Family," Sanjay Kapoor captioned the photo and accompanied it with a heart emoticon.

Malaika is rumoured to be dating Arjun Kapoor and off late, they have been spotted together on several occasions. They attended two pre-Christmas parties with celebs like Kareena Kapoor, Karisma Kapoor, Twinkle Khanna, Gauri Khan, Shweta Bachchan Nanda and other celebs last month.

In a picture from filmmaker Ritesh Sidhwani's Christmas party, the rumoured couple shared the frame with Sanjay Kapoor, Maheep, Amrita Arora and her husband Shakeel Ladak and socialite Anu Dewan and her husband Sunny Dewan.

On Koffee With Karan 6, Arjun Kapoor confirmed that he is dating someone but did not reveal her name. "A lot that has happened in the family over the last few months and also with me, which has given perspective for me to answer this. I finally feel like I have a sense of belonging and a family," he said.

On the work front, Arjun Kapoor was last seen in Namaste England opposite Parineeti Chopra. The 33-year-old actor has Ashutosh Gowariker's Panipat, India's Most Wanted and Sandeep Aur Pinky Faraar in the pipeline.