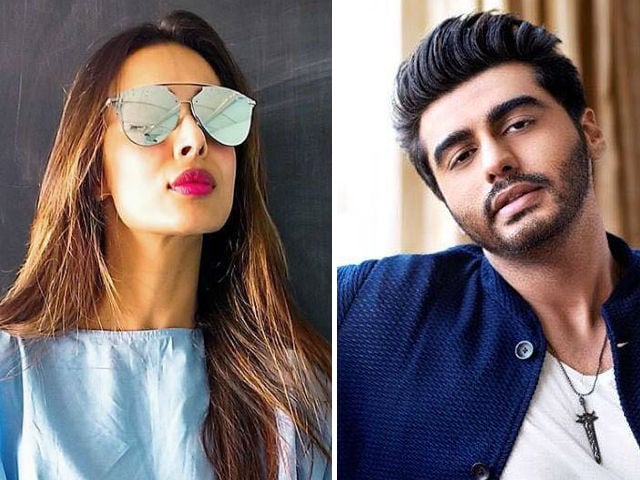 New Delhi: Actress Malaika Arora Khan has addressed rumours of a romance with Arjun Kapoor, telling DNA that the 2 States actor is "a good friend" and nothing more. The grapevine has subscribed to a rumoured relationship between Malaika, 43, and Arjun, 31, for months now. Malaika, who separated from her actor filmmaker husband Arbaaz Khan in March this year, reportedly filed for divorce earlier this month. In a statement released when the couple separated, Arbaaz insisted that there was no third party involved. Of her alleged affair with Arjun Kapoor, once the protege of Arbaaz's brother Salman Khan, Malaika told DNA: "Arjun is a very good friend of mine. But people give a very different meaning to it which isn't true."

Arjun, who debuted in Bollywood with 2012 film Ishaqzaade backed by Yash Raj Films, was closely trained by Salman, who is known for mentoring young actors. Arjun also dated Salman's sister Arpita (who is now married to Aayush Sharma) for two years when he was 18 and an assistant director to Nikkhil Advani on the film Salaam-E-Ishq, starring Salman among an ensemble cast.

Meanwhile, Malaika and Arbaaz, 49, filed for divorce by mutual consent in Bandra family court, according to Mid-Day. They will have to appear in court for the mandatory counseling sessions. Malaika and Arbaaz issued a joint statement in March announcing their separation while also calling for privacy. "Yes, it's true that we are separated. The truth is, we have taken a break, but that doesn't mean people can presume, assume and speculate things of such malicious nature," the statement published in DNA read.

At the time, Arbaaz warned against reports based on 'sources' and quotes from 'close friends,' saying: "People claiming to be our friends and sources have been speaking on our behalf giving out wrong, malicious information. They have maligned us for long and we have kept quiet and not said a word as it's a personal matter between us."

Promoted
Listen to the latest songs, only on JioSaavn.com
While separated, Malaika Arora attended the Eid celebrations at the Khan residence. Malaika and Arbaaz also celebrated their son Arhaan's birthday in November. Malaika and Arhaan holidayed together in Maldives while Arbaaz has been photographed with Goa-based entrepreneur Yellow Mehra.

Malaika Arora and Arbaaz Khan married in 1998, after meeting on the sets of a commercial. Malaika has appeared in several films, like Dabangg, made by Arbaaz and Salman Khan. They were last seen together on television show Power Couple, which they co-hosted for a while. Arbaaz Khan is currently filming Tera Intezaar with Sunny Leone.