RBSE 12th Result In May, 10th In June; Details Here

RBSE results 2019 will be released on rajeduboard.rajasthan.gov.in and rajresults.nic.in.
New Delhi:

How Much Does It Cost To Prepare For SSC Exams, Including SSC CGL, SSC CHSL? Read Here Read More 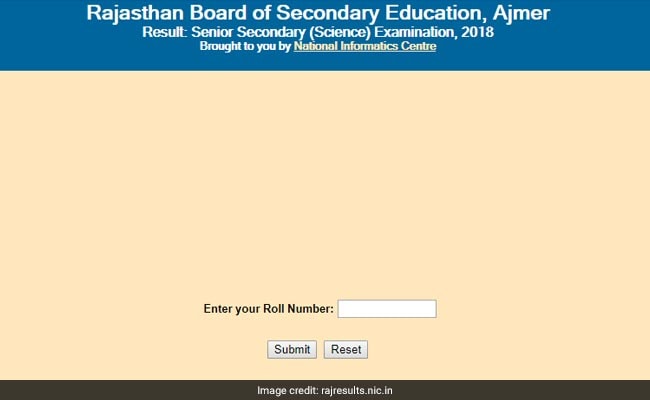 RBSE 12th results 2019 will be released on rajeduboard.rajasthan.gov.in and rajresults.nic.in.

The Board released BSER 10th results on June 10.

According to the official, more than 10 lakh students had appeared for the RBSE 12th exam while 11.2 lakh students registered for RBSE 10th exams.

"We have not finalised the Class 12 and Class 10 results dates yet. The results for Class 12 students are expected by May 20. We are planning to release the results between May 15 and 20," the official said.

The official also added the Board is planning to release 10th results by June 11.

Other Board results stories:

Telangana SSC Results After May 10: Official

UP Madarsa Board Result 2019 Declared: How To Check

Nagaland Board Exam Results This Week

Apply For Scholarships From Class 11

How Did Top Engineering Colleges In Tamil Nadu Do On Placements? Read Here

10 Scholarships Class 12 Students Can Apply For

NEET Rank Below 1 Lakh? Check Which Colleges Will Give You MBBS Seat