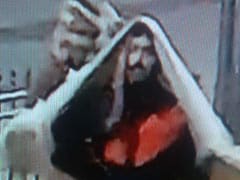 The Lucknow Police have released the CCTV grab of a man suspected to have murdered the founder-member of a right wing group in Uttar Pradesh's capital city, news agency ANI has reported. 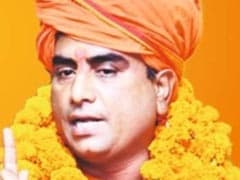 The founder member of a right wing group was shot dead in Lucknow today when he went out for a morning walk. Ranjit Bachchan, chief of Vishwa Hindu Mahasabha, was attacked by bike-bourne assailants, who pumped bullets into him before fleeing, the police said. 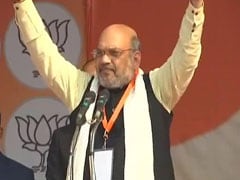 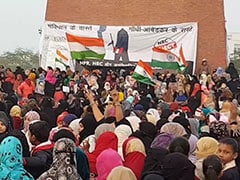 Daughters of renowned Urdu poet Munawwar Rana were among the 160 women booked by the police for allegedly defying prohibitory orders and taking part in the protests against the CAA and NRC in Lucknow, officials said on Tuesday.

Dozens who are participating at an indefinite sit-in against the Citizenship (Amendment) Act or CAA at Lucknow's iconic clock tower, which started on Friday night, have been identified and accused of "rioting" and "unlawful assembly" in three criminal cases filed by the Lucknow Police. "Seized Blankets After Due Process": Lucknow Cops On Anti-CAA Protest

Amid fresh protests against the Citizenship (Amendment) Act or CAA in Lucknow, cops have been accused of taking away blankets and food meant for the protesters holding a demonstration at city's iconic clock tower since Friday evening. Dismissing the allegations in a statement, Lucknow police today said: "Do not spread rumours" but added that "blankets were seized after due process". 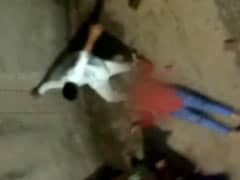 A 40-year-old woman whose teenage daughter was allegedly molested by six men in 2018 died at a hospital in Uttar Pradesh's Kanpur on Friday evening. 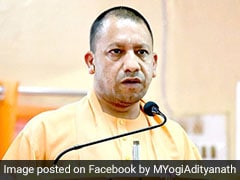 The Yogi Adityanath government in Uttar Pradesh on Monday approved the commissionerate system of policing in Lucknow and Noida, which aims at giving more powers to the police. 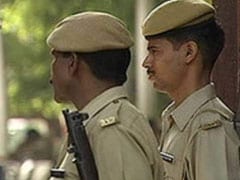 14-Year-Old Injured After Acid "Accidentally" Falls On Her In Lucknow: Police

A 14-year-old girl was injured in an acid attack in Lucknow when an argument broke out between some people at a shop in Kaiserbagh area on Saturday evening, the police said. 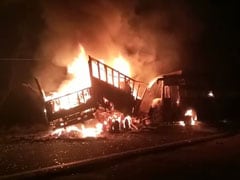 Twentypeople are feared dead after a bus carrying 46 passengers collided with a truck in Uttar Pradesh's Kannauj district and caught fire on Friday evening. Twenty onepassengers have been rescued and taken to hospital, police said. 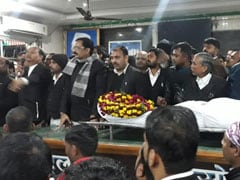 The murder of a 32-year-old lawyer in Lucknow on Tuesday night sparked unprecedented protests on Wednesday, with lawyers angry over the law and order situation in Uttar Pradesh's capital taking the body of their colleague inside the compound of the city's district magistrate's office to protest. 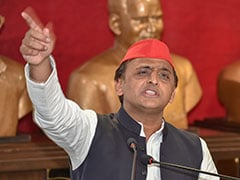 "Won't Fill Out Forms, Will You?": Akhilesh Yadav Amid NPR, NRC Protests 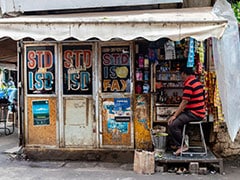 In a bizarre incident, a youth bit the left ear and the lower lip of a paan vendor in Uttar Pradesh state capital's Alambagh area when the latter refused to give him 'paan without paying money. 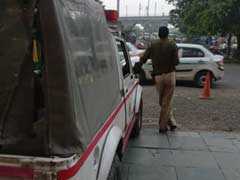 The Delhi Police said today that "fake messages" of police shutting down coaching centres in Mukherjee Nagar in north Delhi were circulating on social media and a case had been filed. The police also said they would write to Twitter to take down a video that apparently shows a police officer warning students and asking them to leave immediately. 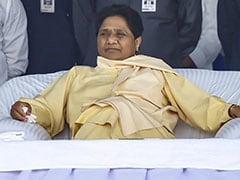 UP Government Should Probe Deaths Of People In Citizenship Protests: Mayawati

BSP supremo Mayawati today asked the Uttar Pradesh government to conduct a thorough probe into the deaths during anti-citizenship law protests and help the innocent victims.