Siddhant Chaturvedi said: "They had two Indian guys who play baseball, I did the audition for that. They felt I was too upmarket and fair for it." 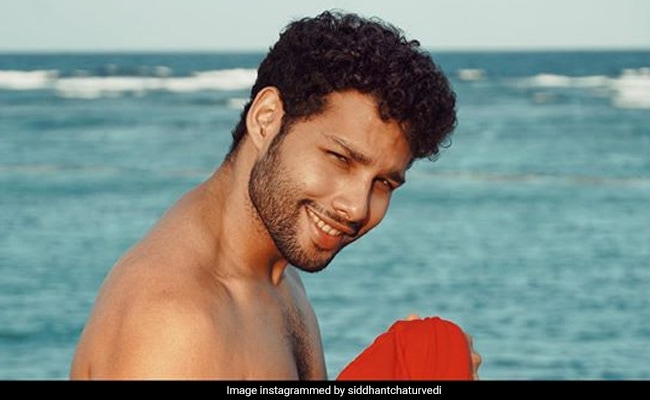 Before his MC Sher became the talk of the town, Siddhant Chaturvedi had tried his luck in Hollywood as the actor revealed he auditioned for Disney's latest release Aladdin and 2014's Million Dollar Arm. The 26-year-old actor had a breakthrough with the Zoya Akhtar-directed Gully Boy, which release in February. "I had auditioned for the lead role in Aladdin. I was there in at least top 20 from India. This is for the role of Aladdin, they were looking for an Indian boy back then but then they decided the accent needs to be international. It was their call," he said.

"Then there was another film called Million Dollar Arm. I did audition for it as well, it was not for dubbing. They had two Indian guys who play baseball, I did the audition for that. They felt I was too upmarket and fair for it," Siddhant told PTI.

Aladdin is a live action film directed by Guy Ritchie while Million Dollar Arm is an American biographical sports drama helmed by Craig Gillespie and produced by Walt Disney Pictures.

The actor, who has recently dubbed in Hindi for Chris Hemsworth in the upcoming MIB: International, said he has his eyes set on Hollywood. "I do believe we are no less than anyone else. It is a language barrier between two film industries - Hollywood and Bollywood and I want to break that barrier," he said.

Siddhant, however, currently wants to focus on his career in Hindi cinema. "I am an Indian actor but I want to do everything. At the moment I want to focus here (on Hindi films) but I am open to the idea of working there (West)."

The actor said he was surprised when the offer to dub for Chris Hemsworth came his way. "I was looking to sign my next film and was reading a lot of scripts. My agent called me and asked me if I would be interested to dub for Chris Hemsworth's character in his Hollywood film Men In Black. I almost choked. I am a huge fan of Chris, he is a superhero, he is Thor," he said.

Siddhant said dubbing for Chris Hemsworth was a challenge. "I was thinking if I can match his manly, husky voice as he has a baritone. It was a challenge for me. And I started doing rehearsals for it," the actor said.

For the Hindi version, Siddhant said the team decided to give a desi touch to Agent H (played by Hemsworth) to make it more appealing. "It is an action-comedy and you can't literally translate and dub everything as the jokes will then fall flat. I suggested making it desi for Indian audience because their culture and humour is different. As the lingo of Gully Boy has caught up in a big way so we thought of adding a little bit of that thing. But it is not there throughout the film," he said.

According to the actor, the desi touch that he added to the dubbed version of MIB: International got an approval from Chris Hemsworth. "He liked it and felt I have done a great job."

Sony Pictures Entertainment India is releasing the film in the country on June 14 in Hindi, English, Tamil and Telugu.