Siddhant mentors Ranveer Singh's onscreen character in Gully Boy. He said that he was often 'replaced from films and he built his confidence slowly' 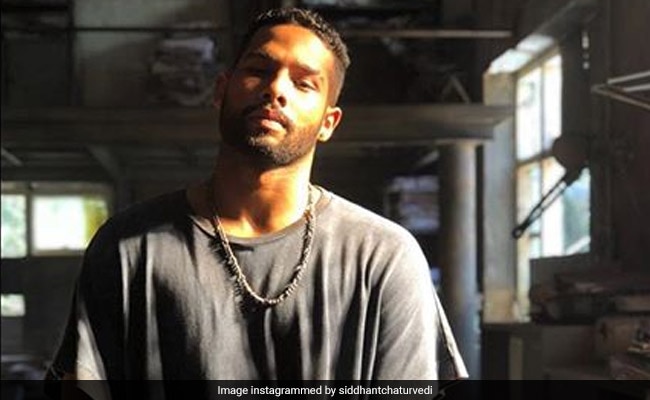 Siddhant Chaturvedi aka MC Sher of Gully Boy opened up about his success story and it was no cakewalk for him. Speaking to news agency PTI, Siddhant revealed he was studying to become a charted accountant like his father but left it midway to pursue a career in acting. "I struggled for six years and there were many rejections and low points along the way. I started from the bottom. But I always had this raging ambition to go out there and prove myself with that one perfect opportunity. I always used to think 'ki apna time kab ayega'," he told PTI. Siddhant plays the role of a rapper MC Sher, a confident artiste, who mentors a rookie rapper, played by Ranveer Singh.

"Playing a lead role is always the dream. But I also knew that nobody was going to launch me because I don't have a market value in terms of a name or a family background. So, I always thought that let me be a good actor first, public will make me the star if they like me," Siddhant said.

Farhan Akhtar, who is the producer of Gully Boy, spotted Siddhant in amazon web-series Inside Edge and referred him to Zoya (director Zoya Akhtar). "I did Inside Edge to establish myself and some ads here and there for pocket money. I just kept myself ready for a good film. I knew that Gully Boy' was one such film where every actor will get to shine and that's what has happened," he said, adding, "Farhan sir spotted me first for Inside Edge. He mentored me. Zoya gave me this opportunity and Ranveer was a great co-star who encouraged me and instilled faith in me."

"I joined the film (Gully Boy) just 22 days before the shooting so it was not like I had a rap background, nothing. I knew that this was a grand film and I had to give my all to the role. But I was also conscious that just because it is a big opportunity, I should not overdo it. All I wanted was some respect and appreciation for the role but what I have got is beyond my expectations," Siddhant said. He recently revealed that Amitabh Bachchan sent him a bouquet and a hand-written note appreciating his performance in the film.

Siddhant, who hasn't stopped trending after Gully Boy released in cinemas, says he could relate to Murad's journey in the film. "While watching the film, I could connect with Murad's journey. Some of the things have happened to me, people have tried to put me down and I have been replaced from films because I did not have a name but I built my confidence slowly."