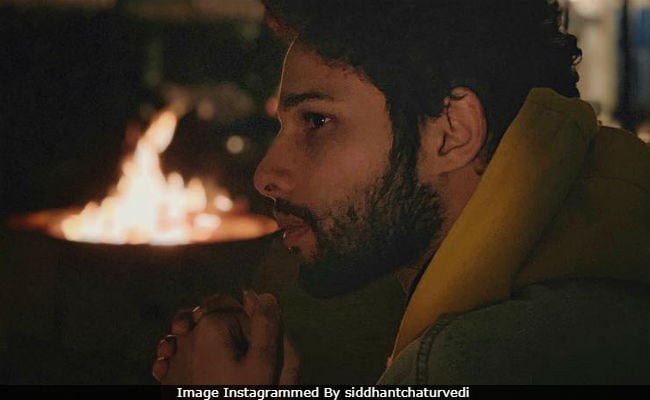 Gully Boy actor Siddhant Chaturvedi aka MC Sher, who trended a great deal on Thursday for a dating confession, recently spoke to Hindustan Times about the best compliment he received for Gully Boy. In the interview, Siddhant said that the compliments that stood out from the rest was that of Deepika Padukone, who is married to Gully Boy star Ranveer Singh. "It was Deepika who said, 'Oh! He is just a boy. He is so cute'," Siddhant told Hindustan Times. He also added, "People were expecting someone huge. You know like someone around 28. When they saw me in real they were quite astonished. Also, they thought I am a real rapper."

Asked if he has someone like MC Sher in his life, Siddhant said there's not one but many. "I have lots of MC Shers in my life. My dad is my MC Sher, there is Ritesh Sidhwani and Farhan Akhtar, and Zoya Akhtar was my sherni. And last but not the least, Ranveer Singh," the 25-year-old actor told Hindustan Times.

Gully Boy releases to fabulous reviews on Valentine's Day (February 14) and in a week, the film collected over Rs 100 crore at the box office. Zoya Akhtar has directed Gully Boy and also co-produced it with Ritesh Sidhwani and Farhan Akhtar, her brother.