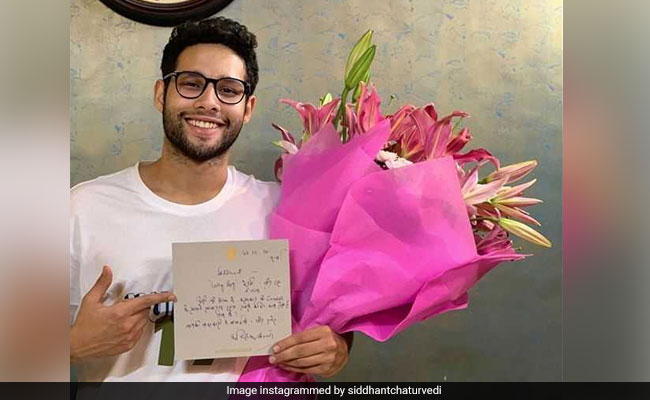 Actor Siddhant Chaturvedi's list of fans just keeps getting longer with every passing day and can you guess who is the latest addition to the list ? It is none other than Amitabh Bachchan. Siddhant, who impressed the audiences with his portrayal of MC Sher in Zoya Akhtar's Gully Boy, starring Ranveer Singh and Alia Bhatt, received a special hand-written note and a bouquet from Amitabh Bachchan. On Saturday, the 25-year-old actor shared a picture of himself along with Mr Bachchan's note and bouquet and thanked the megastar for his gesture. A very excited Siddhant posted a thank you note on his Instagram profile.

Here's a screenshot of the hand-written letter that Mr Bachchan had sent to Siddhant Chaturvedi. 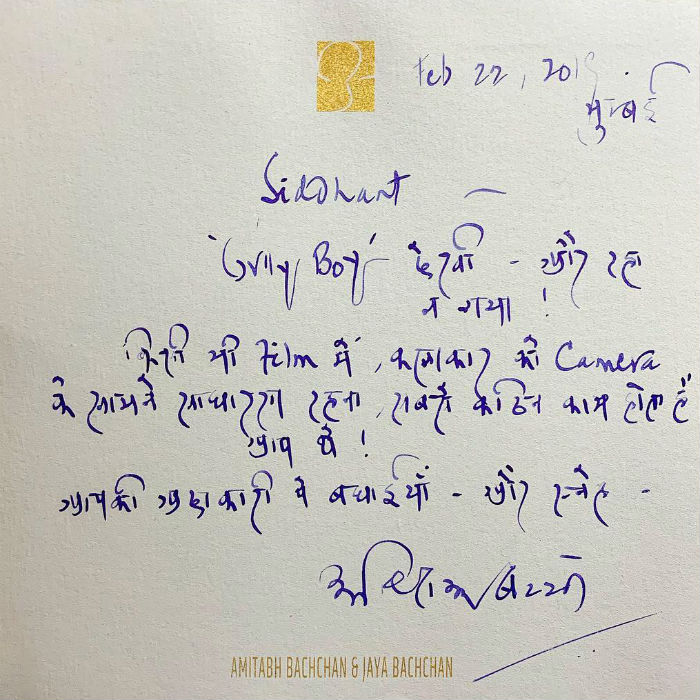 A screenshot of Amitabh Bachchan's note.

Siddhant Chaturvedi became a household name after he played the role of MC Sher, a mentor to Ranveer Singh's character Murad in Gully Boy. In the film, MC Sher helps the underdog rapper from the slums of Mumbai in becoming a well-known name in the industry.

Gully Boy marks Siddhant's Bollywood debut. However, he stepped into the Indian entertainment industry with the 2016 web-series Life Sahi Hai. He also featured in the web-series Inside Edge.