Nora Fatehi said: "I don't want people to think that when you are low and dabble with depression that you are not strong. You are still strong" 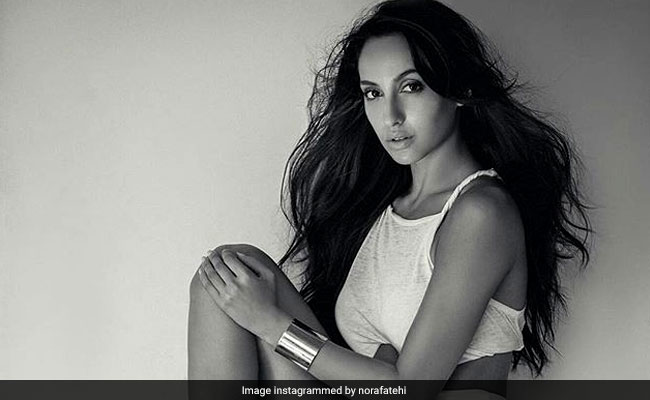 Nora Fatehi says there was a time when she lost sight of her ambition after her break-up, and it took quite some time to shake that feeling off. Nora, who reportedly had an ugly break-up with actor Angad Bedi, expressed her views when she appeared on an episode of the show By Invite Only on Zoom Styled by Myntra. "I don't want people to think that when you are low and dabble with depression that you are not strong. You are still strong! I lost that drive (for) 2 months," Nora said when asked about her experience after the break-up.

She added: "When I was called to audition for Bharat which was way before Dilbar happened... I remember after my audition, I came down I was sitting on the bench, crying and felt shitty that where is my drive and my ambition? Then this one girl comes up to me and says 'Ma'am can you please record this audition for me?' I was crying, and I took her phone and she stands against the wall and I start recording."

"As I was recording I don't think anyone can imagine what I was actually seeing. I am like that is me! For three years, I did auditions back to back, I waited in line for hours, I auditioned among 200/300 people, I went crazy at home, staying up all night learning lines and scenes. I thought to myself, that girl is me! I was like, 'Nora wake up! Where is your hunger? There are hundreds and thousands of people who are talented just like you, who are good looking, who are killing themselves to make that happen, you need to get back', and suddenly, I got my confidence back and that was it," she said.

What if you woke up one morning and realised you are Angad Bedi?

"I would scream," Nora said.

Who is that one Bollywood actor who should stop singing?

Nora has featured in the videos of Dilbar and Kamariya. She will be seen in Bharat, starring Salman Khan, and Street Dancer 3D.

(Except for the headline, this story has not been edited by NDTV staff and is published from a syndicated feed.)
Comments
nora fatehiangad bedi