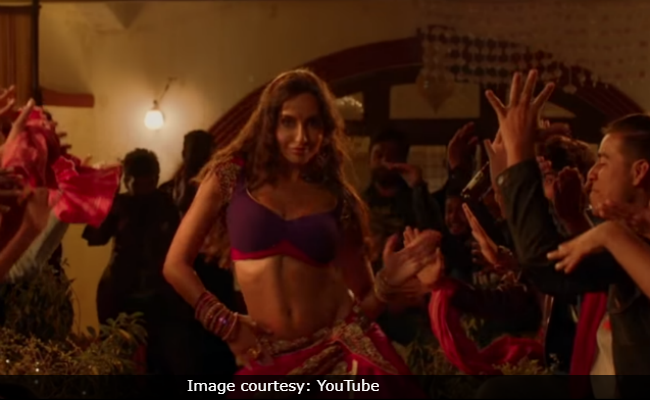 Nora Fatehi in a still from the song. (Image courtesy:

We were not even over Milegi Milegi yet and the makers of Stree released yet another peppy song titled Kamariya. The song features Nora Fatehi, Rajkummar Rao, Aparshakti Khurrana and Abhishek Banerjee. The track has been sung by Aastha Gill, Divya Kumar, Sachin Sanghvi and Jigar Saraiya. It has been composed by Sachin- Jigar. Kamariya has a rustic appeal and Nora Fatehi can be seen sporting a new look in the song. The video has over 3 lakh likes on YouTube and we are not surprised at all. It wouldn't be wrong to say that the highlight of the song is Nora Fatehi and we bet you won't be able to take your eyes off her.

Before the release of the sing, Nora Fatehi gave her fans a sneak peek of her look in the song. Nora wrote: "Get ready to shake what your mama gave you with my new song Kamariya, releasing today at 12 pm. Check me out in my new rustic look. Love the messy hair and tan." She also used the hashtag "#gaonkiladki."

Stree is headlined by Rajkummar Rao and Shraddha Kapoor. The film also features Pankaj Tripathi and Vijay Raaz in pivotal roles. Directed by Amar Kaushik and produced by Dinesh Vijan, Stree is a horror-comedy and it is reportedly based on an urban legend and it is set against the backdrop of Chanderi(Madhya Pradesh).

Stree will open in theaters on August 31.