Rajkummar Rao falls in love with Shraddha Kapoor, who apparently (may or may not be) a ghost 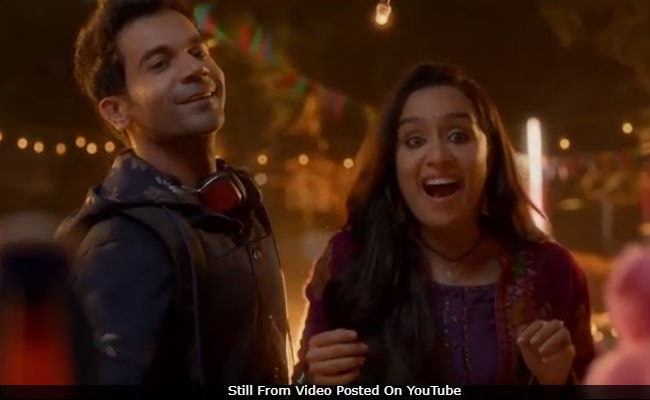 "Iss saal mard ko dard hoga," is the tagline of Shraddha Kapoor and Rajkummar Rao's new film Stree. And, we can quite connect to it after watching the trailer, which dropped by on Thursday evening. Stree is a horror-comedy, based on a 'ridiculously' true phenomenon (that's what the trailer says). The film is set in a town named Chanderi, where men disappear mysteriously. Pankaj Tripathi, who belong to the same town, narrates the story of a ghost or 'stree' who has been there for several years and targets men. She visits the town every year for four days, pretty much what Shraddha Kapoor tells Rajkummar Rao about herself when they meet.

Rajkummar, a tailor, falls in love with Shraddha and narrates their story to his friends, one of them being Aparshakti Khurrana. They later tell him that she might be the same 'stree' from which the entire town is afraid of. However, he refuses to believe him.

Stree trailer is fun to watch (but it's spooky at the same time).

Of Shraddha's role in the film, producer Dinesh Vijan earlier told news agency IANS, "I feel that she was itching to do a comedy for a while and I feel her look and the way she is performing in this film is fantastic. I feel that with this film she will be remembered... I believed that she had this quirkiness which I feel has not been explored."

Did you like Stree trailer? Tell us in the comments section below.