Stree Teaser: Shraddha Kapoor And Rajkummar Rao, We Can't Wait For The Trailer After This

Stree is a horror comedy and for the first promotional exercise, the makers of Stree banked on the scary tangent 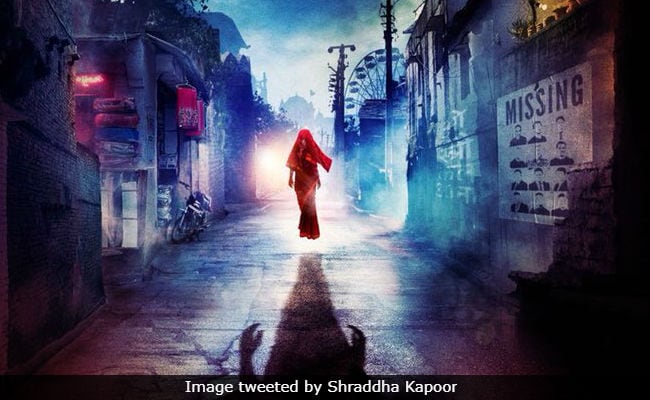 A poster of the film Stree. (Image courtesy: Twitter)

New Delhi: Anushka Sharma killed it with Pari earlier this year. Now, it is Shraddha Kapoor and Rajkummar Rao's turn to scare the bejesus out of movie-goers with their new film Stree. Okay, we won't mess with you anymore - Stree is a 'hilariously scary' film. For the first promotional exercise, the makers of Stree banked on the scary tangent. They claim that the film is based on a "ridiculously true phenomenon." The teaser is eerie and it ends with a creepy figure of woman hanging mid-air staring at a writing on the wall, which reads: "Oo Stree, August 31 ko aana." Fans are already excited about the film. "It's so thrilling ma'am, waiting to see your film," wrote on Twitter user. "We are just so terrified and excited at the same time, looking forward for the trailer," read another comment.

Don't have to wait for the teaser any longer:

And here's the poster, which appears to a derivate of the teaser:

Stree is a horror-comedy jointly produced by Dinesh Vijan and Raj and DK. Dinesh Vijan earlier told IANS: "I feel that she was itching to do a comedy for a while. And I feel her look and the way she is performing in this film is fantastic. I feel that with this film she will be remembered... I believed that she had this quirkiness which I feel has not been explored."

Promoted
Listen to the latest songs, only on JioSaavn.com
Sounds promising, right?

Stree is reportedly based on an urban legend, which originated in Chanderi village in Bhopal. The film is directed by Amar Kaushik and it releases on August 31.
Comments
stree teasersharddha kapoorrajkummar rao