Stree New Poster: Shraddha Kapoor And Rajkummar Rao Are Ready For The Challenge 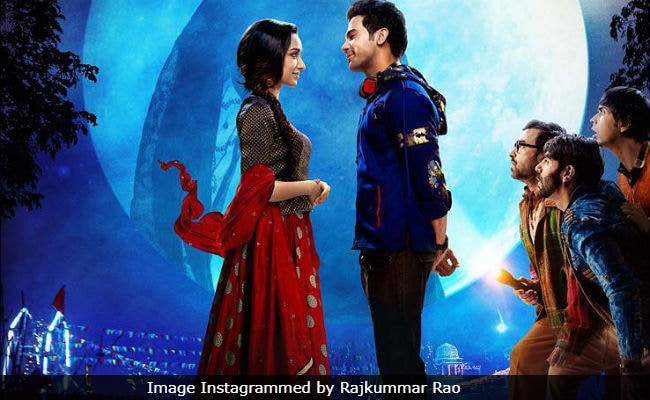 Shraddha Kapoor and Rajkummar Rao quenched our curiosity about their forthcoming film Stree, by sharing a new poster along with a reminder that the trailer of Stree arrives today. The poster which features Shraddha Kapoor and Rajkummar Rao in the center also has an eerie silhouette in the background. Both the actors seem to challenge each other in the poster. They even shared the poster with drastically different captions. Shraddha asked everyone to beware of stree and wrote: ""Iss baar aurat ko nahi, desh ke har mard ko uss se khatra hai...aa rahi hai woh aap sabse milne! #StreeTrailerToday. Rajkummar Rao, on the other hand, wrote this: " Stree se bachne ke liye hum taiyaar hokar aa rahe hain, aap bhi savdhaan ho."

Shraddha Kapoor and Rajkummar Rao have left no stone unturned in order to promote their upcoming film, to the extent that both the actors have deleted all the previous posts on their respective Instagram accounts and have shared only promotional collages from the film.

The teaser of the film which released in June, gave us an insight into the "hilariously scary" film and claimed that the film is based on a "ridiculously true phenomenon."

Talking about Shraddha's role in the film, producer Dinesh Vijan earlier told IANS: "I feel that she (Shraddha Kapoor) was itching to do a comedy for a while and I feel her look and the way she is performing in this film is fantastic. I feel that with this film she will be remembered... I believed that she had this quirkiness which I feel has not been explored."

Directed by Amar Kaushik, Stree is set against the backdrop of a small town named Chanderi (in Madhya Pradesh ). The film also features Pankaj Tripathi, Aparshakti Khurrana and Vijay Raaz in pivotal roles. Stree will hit the screens on 31.