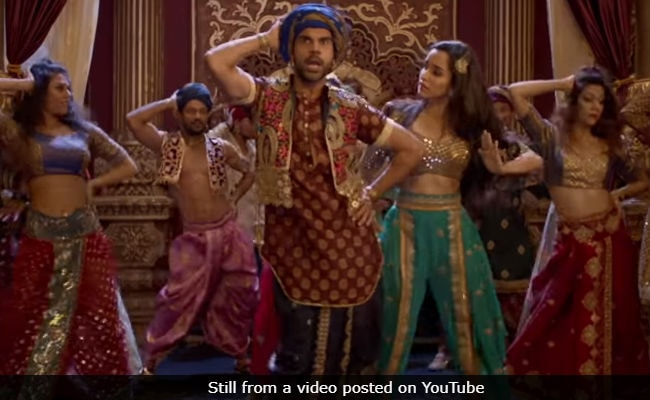 After a riveting trailer, the makers of upcoming film Stree released the film's first song Milegi Milegi, which is a peppy dance number sung by Mika Singh and composed by Sachin-Jigar duo. Milegi Milegi has a feisty carnival-like setting, in which Shraddha Kapoor, Rajkummar Rao, Aparshakti Khurrana and Abhishek Banerjee are dressed as bohemian artistes while Pankaj Tripathi takes the boss' seat. Shraddha and Rajkummar get the best dance moves in this foot tapping number. Speaking to news agency IANS, Stree director Amar Kaushik said that the promotional song gives a sneak peek into the film's theme. "Even though it is a promotional song, it encapsulates the essence of the movie and showcases the concept of the film," he was quoted as saying.

Can't get it out of your head, na?

The director also told IANS that filming the song was quite fun for the cast and crew. "We really enjoyed shooting for the song as it's a peppy number filled with a lot of 'masti' (fun) that got the entire cast grooving to the upbeat tempo. We are sure that the audiences will enjoy watching the song as well as break into a dance whenever the song plays," he told IANS.

Stree is a horror comedy, which is reportedly based on an urban legend. Shraddha reportedly plays the role of a ghost in the film.

Stree is produced by Dinesh Vijan and is will open in theatres on August 31.