"Happens", Big B. Happens to all of us 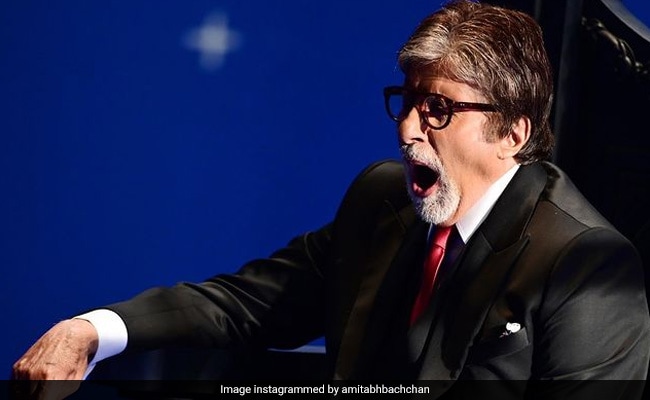 Hey, Amitabh Bachchan, can we interest in you in a cup of coffee? Seems like the veteran actor is in desperate need for one, given his jam-packed schedule. On Tuesday morning, the 78-year-old actor shared a picture from his work diaries and his expression says it all. A sleepy Big B posted a picture of himself yawning on his Instagram profile. In his defence, he has been working "round the clock." The actor summed up his expression with the best possible explanation and he wrote: "Happens... When you work round the clock."

Speaking of Amitabh Bachchan's busy schedule, the actor will soon be seen hosting the thirteenth season of the popular TV quiz show Kaun Banega Crorepati. He shared a teaser of sorts. See the video shared by him here:

The actor recently wrapped a schedule of Vikas Bahl's upcoming directorial project Goodbye, also starring, Rashmika Mandanna and Pavail Gulati. At the party, Big B channeled his inner DJ. ICYMI, this is what we are talking about:

Besides Goodbye, Amitabh Bachchan's upcoming projects include Ayan Mukerji's Brahmastra, co-starring Alia Bhatt and Ranbir Kapoor, and Chehre, alongside Emraan Hashmi. He will also be seen in the sports drama Jhund. The actor recently signed the Hindi remake of the Hollywood film The Intern, in which he will co-star with Deepika Padukone. Earlier, late actor Rishi Kapoor was meant to star in it. The original film features Robert De Niro and Anne Hathaway.