2018 has been a good year for Bollywood with acclaimed films and big debuts. Some fresh faces managed to impress the audience and some failed to 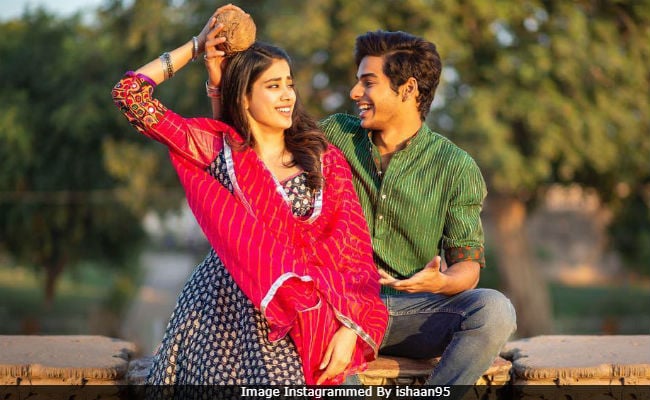 2018 has been a good year for Bollywood with acclaimed films and big debuts. Some fresh faces and talents managed to impress the audience and some failed to. Janhvi Kapoor, Sara Ali Khan, Ishaan Khatter, Mouni Roy and Aayush Sharma were some of the actors who made their debuts in 2018. Janhvi debuted with Dhadak and Sara with Kedarnath. Superstar Salman Khan launched his brother-in-law Aayush in LoveYatri, along with newcomer Warina Hussain. TV star Mouni Roy made her big screen debut opposite Akshay Kumar in Gold. Ishaan, who is Shahid Kapoor's brother, impressed critics with his performance in the Indo-Iranian film Beyond The Clouds and later, we saw him in Dhadak. Banita Sandhu and Mithila Palkar are among the other actresses who debuted in 2018 and late actor Vinod Mehra's son Rohan was launched in Saif Ali Khan's Baazaar.

We have compiled a list of the 10 best Bollywood debuts of this year. Here's a refresher.

Janhvi Kapoor, daughter of late actress Sridevi and filmmaker Boney Kapoor, was launched by Karan Johar in Dhadak, a remake of Marathi blockbuster Sairat, which explored the themes of class divide and honour killing. Dhadak was directed by Shashank Khaitan and the film fared well at the box office.

Sridevi, who had visited Janhvi on sets when the film went on floors, died while Dhadak was in the work-in-progress stage. At the trailer launch of Dhadak, Janhvi said that Sridevi wanted her do a film like Sairat. "I saw Sairat with mom at home and I remember telling her 'I wish that this was my first film and I could do something like it'. Me and mom had this big discussion on how she wanted a role like this for me and then you (Karan Johar) called and it happened," Janhvi said, news agency PTI reported.

Sara Ali Khan is just a few weeks old in the industry. She debuted in Abhishek Kapoor's Kedarnath, opposite Sushant Singh Rajput. The film released on December 7 and critics singled out Sara's performance as a Hindu girl in love with a Muslim porter for praise. Kedarnath, set against the 2013 floods that devastated the region, made over Rs 50 crore in 10 days.

Ishaan Khatter in Beyond The Clouds and Dhadak

Dhadak gave Ishaan Khatter recognition in Bollywood, but it wasn't his debut film. His first film was Majid Majidi's Beyond The Clouds which didn't perform well at the box office but did fetch him critical acclaim. For Beyond The Clouds, Ishaan received a huge shout out from Bollywood and his brother Shahid Kapoor said, "Acting toh khoon mein hai. Isse dekho. When did he grow up so much!"

New trailer for Beyond the Clouds out now. Link in bio. Hope you like it! #beyondtheclouds #majidmajidi Releasing worldwide on 20th April.

Aayush Sharma, who is married to Salman Khan's sister Arpita, made his Bollywood debut with LoveYatri. The film was massively supported by the Khandaan. Salman's mother Salma Khan produced the film while his brothers Arbaaz and Sohail featured in cameo roles. However, despite the star power, LoveYatri tanked at the box office, though the music rocked the charts.

Model Warina Hussain was cast opposite Aayush Sharma in LoveYatri. Before she entered the film industry, Warina was seen in the Cadbury Dairy Milk Silk commercial and a couple of other ad campaigns.

Be a part of this amazing journey of Love with #Loveyatri! #LoveTakesOver Link in the bio. @beingsalmankhan @skfilmsofficial @aaysharma @abhiraj88 @tseries.official

Mouni Roy, a well-known TV actress, made her film debut opposite Akshay Kumar in Reema Kagti's Gold. The film was based on the 1948 Summer Olympics. Mouni played Akshay's wife. Gold opened to mixed reviews but Akshay's star status made it a blockbuster at the box office. The film collected over Rs 150 crore.

Apart from Gold, Mouni also signed up for Ayan Mukerji's Brahmastra in 2018. The film stars Amitabh Bachchan, Ranbir Kapoor, Alia Bhatt, Akkineni Nagarjuna and Dimple Kapadia. Brahmastra is a trilogy and the first part hits the screens in December 2019.

Happy happiest to the girl who glows all the time @aliaabhatt Wishing you beautiful beaches, ocean breezes and wishes upon stars ... may your 25th year take you to greater heights and get you everything you love and more. Wishing you all the birthday brights See you on set in sometime

That's not it. Mouni also has Romeo Akbar Walter and Made In China in the pipeline while she features in a special dance sequence in KGF.

Model Banita Sandhu made her Bollywood debut opposite Varun Dhawan in October, directed by Shoojit Sircar. Banita played the role of Shiuli, who remains in a state of coma for most part of the film. October was an unconventional love story and released to five-star reviews.

See you in the #OctoberTrailer Out tomorrow at 1pm!

Karwaan, which hit the screens in August, was Mithila Palkar's first Hindi film. She is best-known for web series like Girl In The City and Little Things. Karwaan also marked the Bollywood debut of Malayalam superstar Dulquer Salmaan. Irrfan Khan, currently undergoing cancer treatment in London, co-starred with Mithila and Dulquer in Karwaan. The film was about an eventful road trip, bumpy in more ways than one.

Rohan Mehra, son of late actor Vinod Mehra, made his debut in Saif Ali Khan's Baazaar. Although the film was a box-office dud, Rohan received plenty of compliments for his role in the stock market drama. Baazaar tracked the story of shrewd businessman Shakun Kothari, played by Saif Ali Khan. Rohan, who starred as Rizwan Ahmed, gets his training under Shakun.

Radhika Madan debuted in the entertainment industry with the TV show Meri Aashiqui Tum Se Hi and in 2018, filmmaker Vishal Bhardwaj signed her for Pataakha. The film opened to critical acclaim, though it didn't perform well at the box office. Pataakha was the screen adaptation of Charan Singh Pathik's story Do Behnen and Radhika was cast opposite Sanya Malhotra and Sunil Grover.

Whose film did you like the most? Tell us in the comments section below.