Karwaan Movie Review: Dulquer Salmaan and Mithila Palkar are hamstrung in a film that could have been a fun ride. 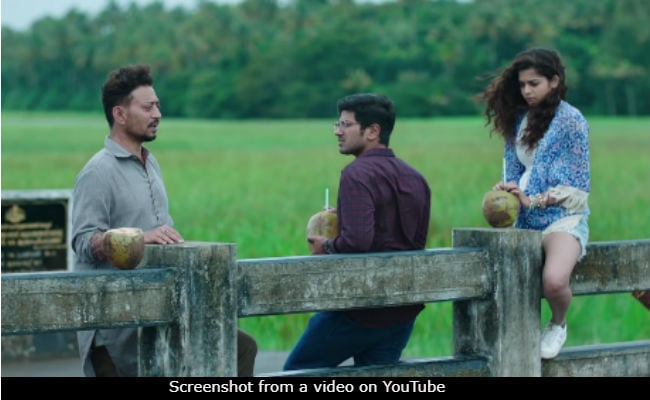 On the face of it, one might find enough to like in Karwaan to stay invested in the ride long enough not to be put off by the many awkward sputters along the way. The film has a wonderful cast, lush visuals and an easy, unhurried, non-formulaic flow. Three temperamentally dissimilar characters - a chirpy college girl and two buddies separated in terms of age by many years - drive off in a van from Bangalore to Kochi via Ooty with the coffin of an elderly woman killed in a road accident.

It is a journey riddled with complications, both for the characters and the screenplay. In a manner that is a preserve of road movies, the trio discovers many a truth about themselves, life and their absent dads. The film encounters far too many speed-breakers to make the grade as a genuinely trippy affair.

Viewed through cinematographer Avinash Arun's camera, the slice-of-life film is awash with the dazzling hues of Kerala, but the script (developed by Adhir Bhat and director Akarsh Khurana from a story by Bejoy Nambiar) is sadly off-colour. Its picture postcard packaging makes Karwaan easy on the eye. However, the dark humour and the irreverent banter (dialogue: Hussain Dalal) is marred by inconsistency.

The actors do all they can to inject life into their roles, but the people that they play do not develop into convincing characters. The somnolent pace of the film isn't to blame. In fact, it is probably a good thing that the tale is in no haste to get to its destination. The route that it takes to get where it wants to get meanders through detours that do not add value to the voyage.

In the final moments of the film, the chatty, free-spirited girl declares that there is a world of difference between baghavat (rebellion) and bewaqoofi (stupidity). It isn't clear if her utterance represents a moment of self-realization - you sound oh-so Sufi, she is told - or is directed at the co-traveller she berates a few times for being avuncular and judgmental. The contrast between witticism and whimsicality, too, is huge and it is down this chasm that the film hurtles all too frequently.

The film's title comes from one of poet-lyricist Majrooh Sultanpuri's most fabled Urdu couplets - Main akela hi chala thha janib-e-manzil magar/Log saath aate gaye aur karwaan banta gaya (I started off all alone towards my destination but people kept joining me and it turned into a caravan). These lines are painted on the body of the van-turned-hearse that is a key component of the film, but the promised 'caravan' does not get going.

Dulquer Salmaan, in his first Hindi film role, is a morose young man whose life has veered off the course that he had desired for himself. Avinash Rajpurohit - yes, the name itself appears to carry a load of expectations - pins the responsibility on his estranged middle-class dad (Akash Khurana, real-life father of the film's director and co-writer) who fretted and fumed about his future to such an extent that he had to abandon his dream of being a photographer.

Avinash is now trapped in a dreary, soul-destroying desk job in a Bangalore software firm where a writing on the wall warns employees not to complain because "unemployment feels much worse". Another board reminds them: Don't forget, you could be replaced. 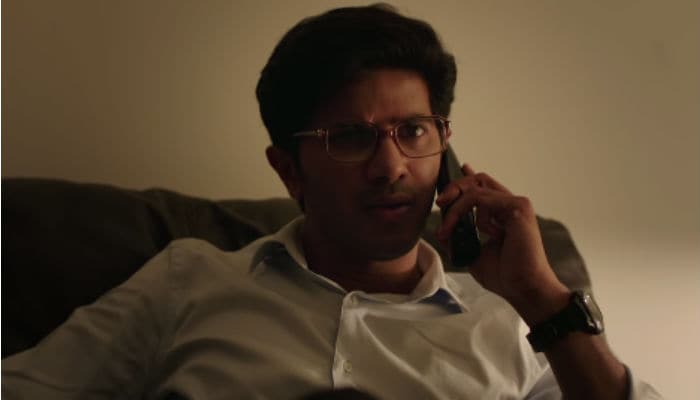 Dulquer Salmaan in a still from Karwaan (Courtesy: YouTube)

You Tube sensation Mithila Palkar, also in her first Bollywood role, is Taniya Kutty, a loquacious lass and a rebel without a cause. The body in the boot is her grandmother's - it is on the way to Kochi because the remains of Avinash's dad, killed in the same tragic mishap during a pilgrimage, have ended up at the wrong address - the Kochi home of Taniya's mom Tahira Moiuddeen Kutty (Amala Akkineni in a lovely cameo). 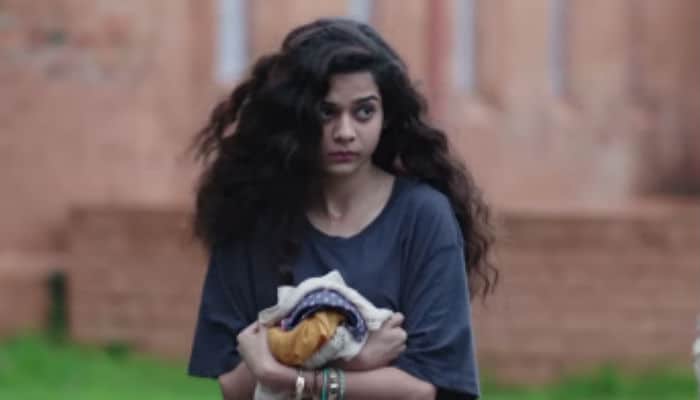 Mithila Palkar in a still from Karwaan (Courtesy YouTube)

The girl talks incessantly and Avinash, a man of few words, has a tough time reining her in. There is a back story involving Taniya's dad, too, but she isn't the type who lives in the past and wonders how things might have been turned out had life panned out differently. 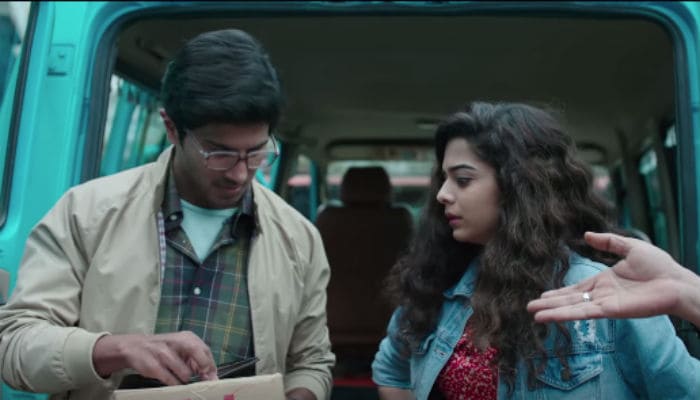 The third character - Shaukat, a cynical, conservative automobile service station owner - is essayed by Irrfan Khan. It is this man's weather-beaten van that is requisitioned for the unusual shipment. It faces a vicious attack by hoodlums from whom Shaukat's abusive, wife-beating father had borrowed money.

The goons have a score to settle. In the bargain, the vehicle, all smashed up, ends up on the grounds of a police station. Shaukat, on his part, finds himself on a hospital bed struggling to spout poetry to impress a pretty woman by the side of a wizened shehnai player in an adjoining bed. 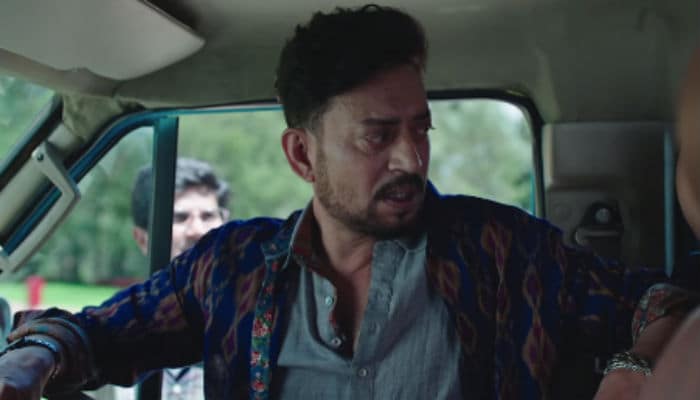 Avinash, who never opens his mouth without weighing the consequences of his words, is the polar opposite of the older Shaukat, whose dismissive bon mots are supposed to liven up the ride. Do they? Not really. He comes across as a veritable Colonel Blimp, man who in need of a urgent crash course in good manners.

The way Shaukat conducts himself with a backpacking European couple looking for the departure gates of Bangalore airport smacks of racial prejudice. He not only takes a swipe at the woman's attire but also presumes that the visitors are junkies who never take a bath.

It gets much worse as Shaukat turns on Taniya the very first time he sets his eyes on her. He refuses to let her travel in his van if she does not discard her short skirt. Avinash sheepishly conveys the message to her. The girl duly puts him in his place. Shaukat then ticks Taniya off for adopting English to communicate. And then, between the two men, they make a excruciatingly big deal about the girl's drinking and smoking. For good measure, the younger man freaks out when Tania buys a pregnancy test kit off a medicine store shelf.

DQ, saddled with a single-note character, does not have any bandwidth at all to work with. Mithila - who demonstrated her potential infinitely better in last year's Marathi rom-com Muramba - is similarly hamstrung. The biggest disappointment is Irrfan. Never has this consummate actor been so weighed down by misfiring punch lines.

Karwaan had the potential to be a fun ride. Unfortunately, much of it remains unrealized.