October Movie Review: Shoojit Sircar's October tells the story of an ineffable love that hangs by a tenuous thread 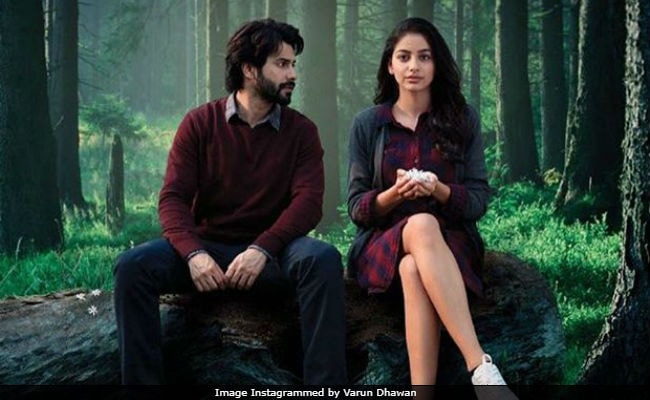 Shorn of all semblance of conventional melodrama, informed with an unhurried narrative rhythm and shored up by measured pivotal performances, Shoojit Sircar's October tells the story of an ineffable love that hangs by a tenuous thread between a young life on its last legs and an endearing drifter's fond faith in miracles.

The text of the film conveys a great deal through what it puts into words; but what it leaves unsaid conceals, and thereby heightens, its essence. Even as it envelopes you in the snuggly, misty warmth of a pre-winter day, it never lets go of an acute awareness of the agonizing unpredictability of the ebbs and tides of life. "The soul is always conscious," says a neurologist whose patient lies in coma. "Have patience."

October is indeed the sort of film that demands patience, but does not fail to reward it in ample measure. It is difficult to miss its uplifting soul. Impressively understated in its genteel exploration of loss and longing, it is exquisitely crafted. In this heartfelt drama, emotions don't flow in a rush. They waft about unobtrusively until the wellspring bursts all of a sudden in the spirit-cleansing climactic moments that are as tragic as they are transformative.

The film's male protagonist is 21-year-old Danish Walia, a hospitality industry rookie who is convinced that he deserves better than the constant badgering of hotel guests and scornful seniors. The conflicted character is brought alive in a completely believable way by Varun Dhawan, who sheds his Bollywood hero trappings and slips into the skin of a boy who still has much growing up to do. This is the performance of Dhawan's life because there is no obvious 'performance' in this author-backed act. 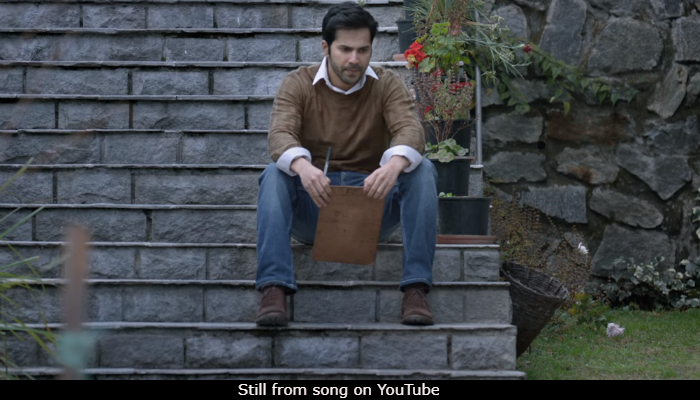 His restrained presence is thrown into even bolder relief by a sedate co-worker Shiuli Iyer, a Tamil girl with a Bengali given name who is required by the script to use only her unblinking eyes and comatose countenance for the most part of the film to convey the intensity of her pain. Debutante Banita Sandhu is outstanding in the role. The tone and tenor of the onscreen duet carries October so adrift from standard Bollywood acting methods that it transports the audience to a world rarely seen in contemporary Hindi cinema.

The two trainees in a five-star hotel are trying to find a toehold in the industry. The woman, steady and committed to her profession, is a well-adjusted intern. The man, cynical and disgruntled with the long, erratic hours that he has to put in, resorts to self-destructive ways to express his displeasure. The stint in the property is part of their continuing education and one false step could bring in its wake a whole load of misfortune.

A setback does hit the duo. The girl plummets to the ground from the third floor of the hotel. The boy, absent from the scene when the accident occurs, finds himself at an emotional loose end as the girl, silent and supine on a hospital bed, fights a fierce battle for survival, with her IIT professor mother (multiple award-winning animation filmmaker Gitanjali Rao, strikingly effective in her screen acting debut) and her little sister (promising newcomer Iteeva Pande) by her side. 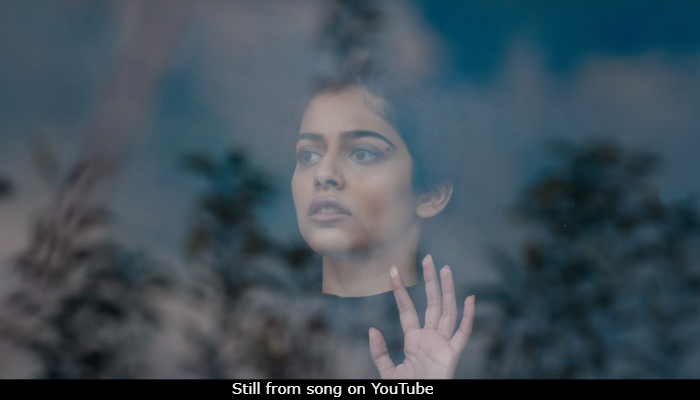 The physical spaces that the film predominantly uses in Delhi seem everyday enough - a luxury hotel in the outskirts of the city, a multispecialty hospital, an ICU ward within it, a middle class home, a shared bachelor pad and, of course, many instantly recognizable exterior locations. Viewed through the camera of director of photography Avik Mukhopadhyay, the settings acquire an added dimension and depth. He composes a visual palette marked by a certain stillness, which ensures that the lighting and the camera angles do not call undue attention to themselves.

The melancholic, deeply affecting core of October is accentuated by the languid rhythm that the director opts for in the unfolding of the tale and by the delectable background score and sound design that stem from the coming together of the proven talent and skills of the music director (Shantanu Moitra) and the audiography team (Dipankar Jojo Chaki, Bishwadeep Chatterjee and Nihar Ranjan Samal). Rarely does one come across a Hindi film whose soundscape is so organically steeped in hypnotic, euphonic musicality.

The exceptional technical attributes of the film serve to bolster Juhi Chaturvedi's fantastic screenplay and dialogue. The writing banks on the power of subtlety and on the eloquence inherent in silences to convey the thrust of the emotionally charged story (which is also credited to the screenwriter). She creates real, relatable characters whose conversations, even when they are under severe stress, are anything but affected.

The drama is geared squarely towards highlighting the genuine humanity of the dramatis personae. Even the doctor in October (played by Delhi theatre activist Ashish Ghosh) isn't reduced to a mere stereotypical harbinger of unhappy tidings. His presence spells warm, avuncular assurance.

The film uses the metaphor of the shiuli flower (coral jasmine), whose white petals are at their brightest and most resplendent at night in the hours leading to the bloom's final parting with the plant it grows on to emphasize the inevitable transience of beauty. October is a film about love discovered too late and about the desperate need to make up for lost time: the sustained elegiac undertones give it its distinctive quality.

But this film is obviously just as much about smell, what with fragrant flowers playing a key role in defining the largely silent communication between the two principal characters. Even amid the sombre mood, Sircar manages to inject moments of light humour into the film, as in the scene in which the hero asks the hospital receptionist exactly how good their neurologist is. He is a genius, the employee replies. His scepticism firmly in place, the hero says: "He must be a genius, if you insist. It is good to know.

October gets four stars, not five, because the film, like life, isn't perfect. But, like life again, it is achingly beautiful when at its best. Anything less would be too little for this singularly wondrous film.