October Song Manwaa: Varun Dhawan Is Proof Love Stories Are Not Without 'Heartache' 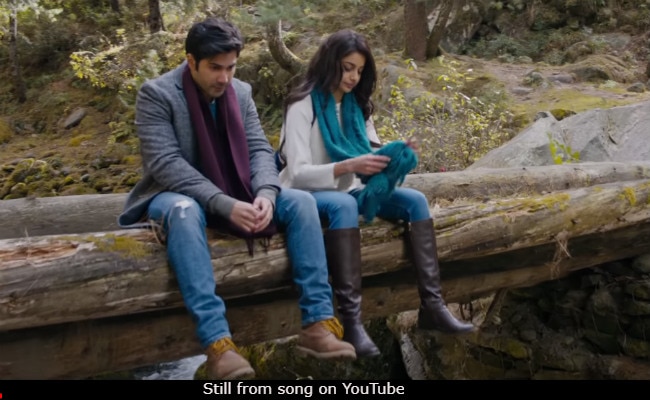 New Delhi: Varun Dhawan just dropped Manwaa, the new song from his upcoming film October. Also featuring Banita Sandhu, Manwaa documents the unhappy phase of Shiuli (played by Banita Sandhu) and Dan's love story, which has previously been described as unconventional. Varun Dhawan, who portrays the role of Dan, tweeted to say what the song is all about: "True love comes with its share of heart ache! Here's a song that will leave you with the feeling of pain for that special someone," read Varun's post. Both Varun Dhawan and Banita Sandhu play hotel management trainees in Shoojit Sircar's romantic drama October.

While the trailer and the previous songs released from the movie revealed that Dan was unaware of Shiuli's affection for him till they were working together. He only begins learning about Shiuli's feelings towards him after she's found admitted at the hospital wing. However in Manwaa, Dan and Shiuli appear to be in the next phase of their love story but the two meet only once during the course of the song.


Promoted
Listen to the latest songs, only on JioSaavn.com
Banita Sandhu, who is making her Bollywood debut with October, had earlier told IANS how she prepped for the movie. "The film was offered to me a year before it was shot. So I hired a Hindi tutor. I was learning the language along with my university classes. Learning a language like Hindi when you live in London and people around you speak in English, it is very hard to pick it up." Varun Dhawan, who admitted to be helping out Banita with the ways of handling celeb-status, also told IANS: "I was the last person cast in the film after meeting Shoojit Sircar."

October is scheduled to hit screens on April 13.