Varun Dhawan Was The 'Last Person Cast' In October

Varun Dhawan had said, "I think October has definitely changed me as a human being" 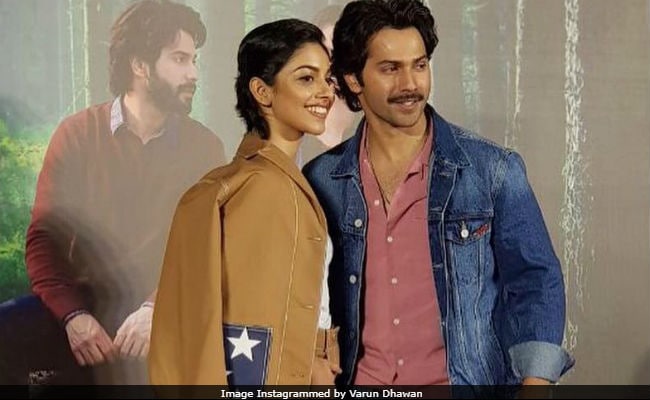 New Delhi: Varun Dhawan at the trailer launch of October revealed that he was 'the last person cast' in the Shoojit Sicar-directed film, reported news agency IANS. "I was the last person cast in the film after meeting Shoojit Sircar. I think casting should happen that way... Not because one actor is doing good in films. When I heard the story, I was so moved by it that I felt the need of doing the film." Varun, who has been hailed for pulling off roles of various genres such as, romance, action, comedy, crime drama, dance musical with ease, believes that his upcoming film has completely changed him. He had earlier told IANS, "I don't want to say much about it, but this film has definitely impacted me so much as a human being. I think it has definitely changed me as a human being." The trailer of October was released today.

Have you seen the trailer yet? If not, then watch it here:

Prior to trailer's release, Varun told the media during an interaction that he 'needed October more than the film needed him. "I need the film more than anyone else in the room at this point of time in my career," IANS quoted him as saying.

Varun, who has come a long way since his debut film Student Of The Year, said that apart from the film's content, he looks forward to how much the filmmaker is involved in the project. "When I sign a film, I look at the script more than anything, and how much the maker is putting in the film. In October Shoojitda, writer Juhi Chaturvedi and every one of our crew members put their heart and soul in it. I had to be a part of this film. They signed me for the film even before Badrinath Ki Dulhania and Judwaa 2," IANS quoted Varun as saying.

Unlike any his previous projects, October, demanded a dedication of an all new level. For the film, Varun not only had to give up on his sleep but refrain from his daily dose of social media. Speaking of it, he told IANS, "Dada (Shoojit) asked me what do I do when I wake up. I said, 'As usual, I check my phone, I post things on social media'. Then he asked me not to do that, and instead observe a plant for 10 minutes. I started doing that and felt a huge change. I unlearned a lot... It was a very different experience."

Promoted
Listen to the latest songs, only on JioSaavn.com
Newcomer Banita Sandhu will make her debut opposite Varun Dhawan in October. The film will hit the screens on April 13.