A representative of the school said they were also contacted by the investigators in connection with their probe in the case. 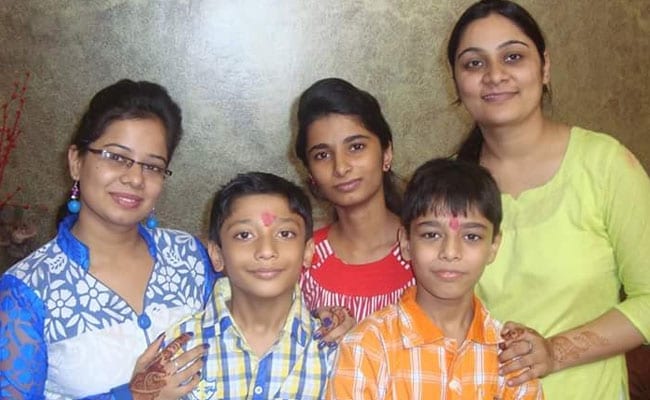 Burari Deaths: Teachers who taught children of the family said they were in "shock".

Fifteen-year-old Shivam and Dhruv, members of the Chundawat family who were found dead under mysterious circumstances on Sunday, were bright students and had keen interest in music, teachers at their school say.

The teenagers' elder sister, Meenu, who also dies, was registered as Maneka in school records, was an alumnus of the Virendra Public School (VPS) in north Delhi's Timarpur and was a school topper.

A representative of the school said they were also contacted by the investigators in connection with their probe in the case.

Class 9 students Shivam, registered as Dushyant and Dhruv (or Dhirendra) were "all-rounders".

"They were studying here right since their childhood and were doing well in their studies. They were also into co-curricular activities. Their elder sister Maneka also passed out from our institution and was a school-topper. None of the teachers had ever had any complaints about their behaviour," he said.

A language teacher, who taught Maneka, Dushyant and Dhirendra, said that all of them were in "shock" after hearing about the incident.

"I have taught these children and knew them well. Both of them were very intelligent. They were good in music. In fact, I have even taught their elder sister who was quite a studious girl and used to get good grades," she recalled.

Teachers also said the parents of the two boys were regular at the parents-teachers' meeting and used to take keen interest in their children's performance in class.

"I was shocked to hear about their deaths. The parents of the children were well-qualified and used to always attend parents-teachers' meetings," she added.

Teachers and students observed a five-minute silence on July 2, the day the school reopened after the summer vacations.

Students who used to commute with them in the same school bus from Burari to Timarpur said the brothers never fought with anyone.

"Dushyant and Dhirendra were quite obedient and I never saw them pick up a fight with anyone in the bus. They would not even fight with each other. Their parents used to always pick them up and drop them at the bus stop," said a Class 12 student, who stays in Burari.

Ten of the 11 members of the Chundawat family were found hanging from an iron-mesh in the ceiling on July 1, while the body of 77-year-old Narayan Devi, the head of the family, was lying on the floor in another room of the house.

Lalit Chundawat's wife Tina, 42 and their 15-year-old son Shivam were also among those dead. Pratbha's daughter Priyanka, 33, who was engaged last month and would have married by the end of this year, was also found dead.