We Were Not Family Of Maniacs: Relatives Of 11 Dead In Delhi Home

Two members of the Chundawat family - found hanging on Sunday, blindfolded, gagged and hands tied behind the back - rubbished police suspicion that superstition and blind faith were the cause of the deaths.

As notes in a diary fuelled a mass suicide-for-salvation theory after the bizarre death of 11 in a Delhi house, surviving members of the family complained today that they were being "painted by the media as a family of maniacs".

Two members of the Chundawat family - found hanging on Sunday, blindfolded, gagged and hands tied behind the back - rubbished police suspicion that superstition and blind faith were the cause of the deaths.

"Yes, we are a religious family, like any other family in the country with faith. But we have no reason to believe that this was a case of apocalypse or that we practiced any such offerings," said Prashant Chundawat, the son of 75-year-old Narayani Devi's oldest son Dinesh Chundawat.

Last Sunday, Narayani Devi, her two younger sons, a daughter, and their families, including two 12-year-old boys, were found dead in their home in Burari in north Delhi. Except Narayani Devi, everyone was hanging.

The police say they have found notes in a diary from the grisly crime scene, which point at a "spiritual" connection and a belief in impending apocalypse. They believe the notes were made by Lalit Chundawat, Narayani Devi's youngest son. Lalit, say investigators, hallucinated about his father and believed that he was advising him on salvation and release from doom. 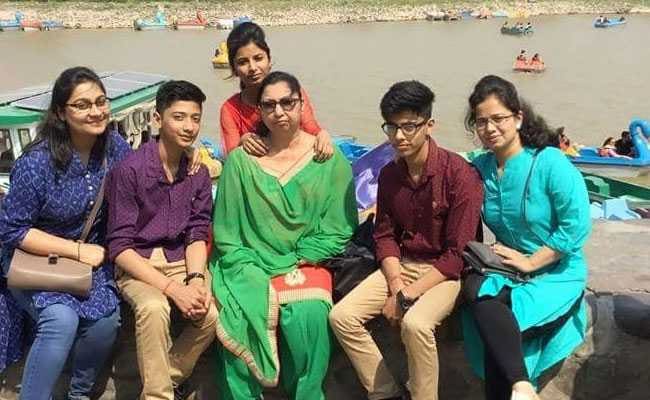 "None of the family members so far have been shown this so-called diary. Yes, my kaka (uncle) used to write shlokas (chants), yes we used to perform havans in the house.... just like any other Indian family. We are highly pained by how the media has painted us like a family of maniacs, without an iota of understanding of who we are and what we stand for," said Prashant.

He says is baffled because just two weeks ago, the entire family was celebrating an engagement. Priyanka, the daughter of Narayani's daughter Pratibha, had been engaged on June 17. Mother and daughter were among the dead. "We were here just a fortnight back and there was merrymaking in full swing about the wedding in the family," said Prashant.

"...my brothers, so young, were looking forward to a full life so this has come as a horrible shock," he grieved, referring to his cousins Shivam and Dhruv.

Prashant's mother Kamlesh Chundawat also lashed out at the intense speculation on the deaths. "Everything is being connected to the 11 members - 11 pipes, 11 windows... it's become a joke," she said.

Kamlesh, like many, has questioned why everyone would kill themselves when the house was being renovated and a wedding was being planned. "Why would we do it if it was clear that we would be dead soon. All this doesn't make sense," she said.

Apart from Dinesh Chundawat, the only other survivor among Narayani Devi's five children was Sujata, who stays in Panipat.