The hat-wearing pigeons were spotted one week ago. 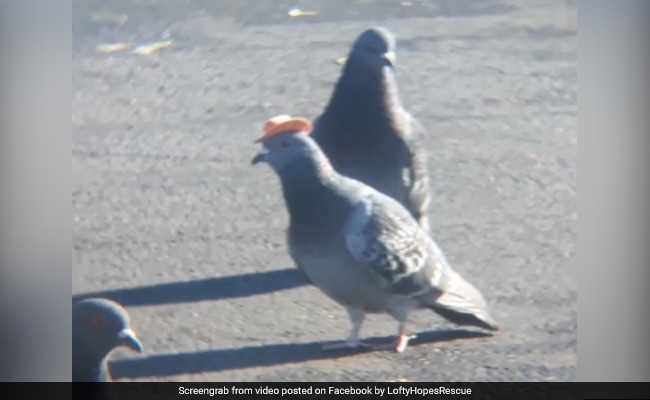 Pigeons wearing tiny hats were spotted in Las Vegas one week ago.

A week ago, a video of pigeons wearing cowboy hats had gone massively viral online. The video, shared widely social media platforms, showed the birds with tiny hats glued or somehow attached to their heads. While the distinguished, hat-wearing pigeons tickled many a funny bone and led to a number of amused comments, they also sparked concern about animal abuse.

The birds were nicknamed Cluck Norris and Coolamity Jane by netizens, as many tweeted asking that they be freed of their hats.

Now, CNN reports, one pigeon, seen wearing a hat in the video, was rescued by animal welfare organisation Lofty Hopes. The pigeon was captured with the help of a trap so that its hat could be removed.

"We captured Cluck Norris today. Still on the stake out for Coolamity Jane," Lofty Hopes posted on its Facebook page on Monday.

On Tuesday, the group said that a third hat-wearing pigeon, nicknamed Billie the Pidge, had been spotted in the city. Billie was seen wearing a red hat in a video shared by Lofty Hopes on Facebook.

In an update today, the rescue group said that Billie the Pidge had also been captured.

Lofty Hopes co-founder Mariah Hillman said to CNN that it looked like the hats had been glued to the pigeons' heads. To Las Vegas Review Journal, Ms Hillman added that a veterinarian safely removed Cluck Norris' and Billie's hats.

"They're both doing well," she said. "They're happy to have their hats off."

The group is still on the lookout for Coolamity Jane.