RRB Group D result has not been released yet. The result, however, will be released today itself. 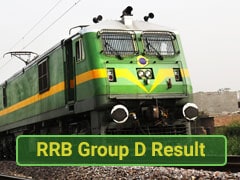 RRB Group D Result is not out yet, but will be released today itself

More than 1.17 crore candidates had appeared for the RRB group D CBT which concluded on December 17, 2018. With such a huge number in sight, it is inevitable that it would take time to upload the result on website. Candidates would also know that consequent to the large number of candidates when the result is released, the website may not respond immediately.

RRB Group D Result will be available both on desktop and mobile. Candidates would need their registration number and date of birth in order to check their scores. The actual scores of candidates has been normalized through an equation which candidates can check here.

Candidates who qualify in the RRB Group D CBT will have to appear in Physical Efficiency Test (PET) the details of which will be released later.