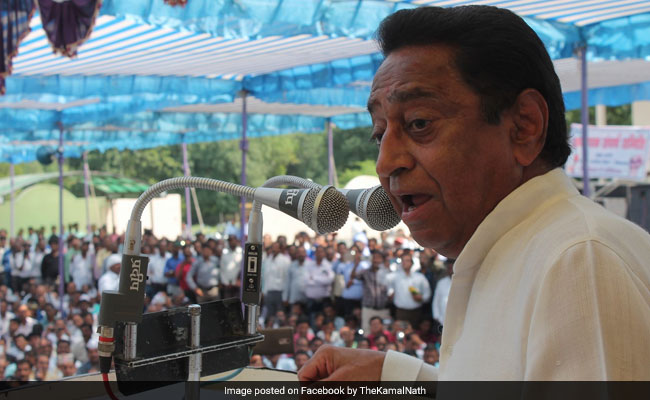 Madhya Pradesh Chief Minister Kamal Nath has assured a transparent inquiry into the huge sex scandal involving politicians and bureaucrats that made headlines over the last week. Five women have been arrested in what has come to be known as the "honey trap case" and more than 1000 video clips of political leaders -- from both Congress and the BJP -- and high ranking officials, have been seized. The case has also been subjected frequent change of the chief investigator -- there has been three in eight days -- raising eyebrows in the opposition BJP.

"We are not diluting it. In no way is the SIT is being diluted," Kamal Nath told NDTV today.

On Tuesday, Rajendra Kumar was appointed as the chief of the three-member SIT. The probe panel was earlier headed by Sanjeev Shami who had replaced his predecessor D Sriniwas Verma, just a day after it was set up on September 23.

Soon after Mr Shami's removal, the BJP's former Chief Minister Shivraj Singh Chouhan said, "It shows the seriousness of the government, they want to hide something".

"The next -- there was a policy announcement that all those who spent more than three to four years in one position, will not be in the same position, especially in the police. So he had to be moved in terms of the policy... nothing to do with SIT," he told NDTV.

Last week, Purushottam Sharma, one of the state's seniormost police officers, had alleged that the SIT was "plagued by controversy" and called for the SIT to be "handed to a DG-rank official who doesn't report to state police headquarters".

"At first, it was headed by an IG-CID, then an ADG-rank officer was made its head and, subsequently, its members were also changed. Subsequently, a flat housing the guest house of the cyber cell was linked to the sex scandal," Mr Sharma had said.

His outburst against state police chief VK Singh was triggered by Mr Singh's move to have a "safe house" in Ghaziabad near Delhi - rented by Mr Sharma as head of the Special Task Force (STF) and Cyber Cell - vacated amid reports that it was linked to the extortion racket.

The police say the "honey-trap" was run by five women who used sex workers to targeted politicians and bureaucrats. The operation was mainly aimed at bagging lucrative government contracts running into several hundred crores from VIPs, the police said after questioning Shweta Jain, one of the arrested women. The 39-year-old who runs a local NGO and rents the house of a BJP MLA, Brijendra Pratap Singh, allegedly ran the operation.

Each woman had her own gang of sex workers. Investigators have said it could turn out to be the biggest ever 'quid pro quo sex scandal' in the country.