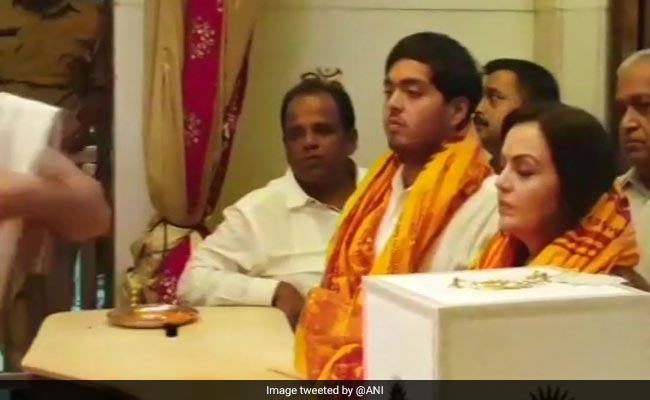 Mumbai: The formal invite for the awaited announcement of Mukesh Ambani's son Akash Ambani and Shloka Mehta's engagement ceremony was released yesterday. While the invite is believed to have been received by big names in the country, the family reserved a special invite for today. Nita Ambani, along with son Anant Ambani, presented the engagement invitation card at Mumbai's Siddhivinayak Temple.

The Ambani family was last seen at the famous Siddhivinayak temple over two months ago, soon after images of Akash Ambani getting engaged to Shloka Mehta created buzz on social media. Shloka Mehta is the daughter of diamond magnate Russel Mehta and Mona Mehta and heads the family-run Rosy Blue Diamonds.

Promoted
Listen to the latest songs, only on JioSaavn.com
The invite that announced the date of the engagement ceremony to be June 30, came with a minute-long montage video of the couple, set to a popular Bollywood song. It was sent on behalf of Mukesh Ambani, Nita Ambani and Akash Ambani's siblings Isha Ambani and Anant Ambani. 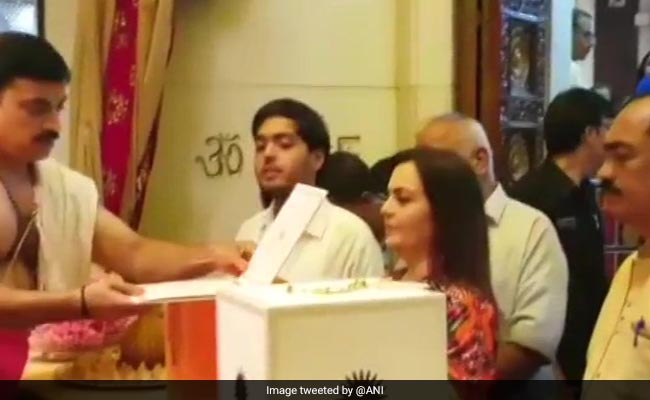 Akash Ambani and his childhood friend Shloka Mehta, exchanged rings at an open lawn ceremony in a resort in Goa in March and later threw a star-studded bashat the Ambani residence in Mumbai, Antilla.

The grand wedding between the two is expected be in December this year. Akash Ambani and Shloka Mehta have known each since childhood and studied together at the Dhirubhai Ambani Internation School. 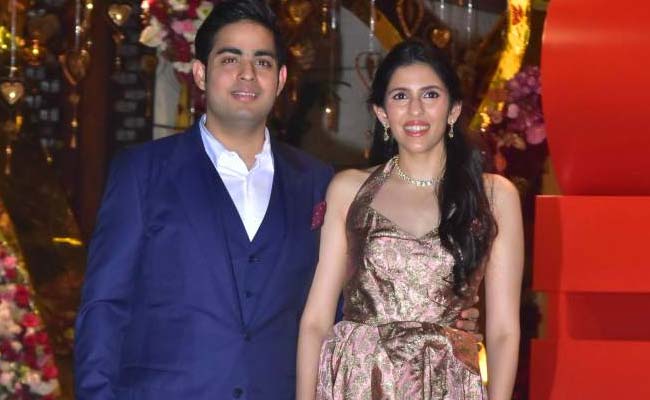 Akash Ambani with fiancee Shloka Mehta at their engagement bash

At the glitz engagement reception in March, Akash Ambani's sister Isha Ambani had said that Shloka has always been a part of their family and that the engagement just "officialised" the fact that they were sisters.