Mumbai: The engagement ceremony of India's richest man Mukesh Ambani's son Akash Ambani and Shloka Mehta will take place on June 30 at the home of the industrialist in Mumbai.

Guests have received invites with a one-minute video clip that has a montage of the couple, set to a popular Hindi song.

The families celebrated their engagement earlier at a party in Goa on March 24. The wedding is likely to take place in December. 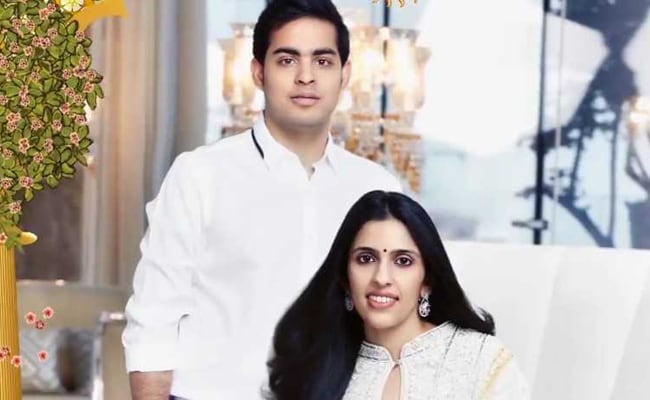 Akash Ambani, the eldest son of Mukesh Ambani and Nita Ambani, has known Shloka Mehta since school. Shloka Mehta is the daughter of diamond magnate Russel Mehta and Mona Mehta.

"Welcome to the family. But the truth is that Shloka has been a part of our family since as far as I can remember. Diya (Shloka's sister) and I were in school together, and Diya is the first best friend I ever had. And, by relation, Shloka has also been my best friend since...I don't know, I can't even remember a time in my life when I didn't know Shloka...Our family feels complete in a way that it never did before. So, welcome to the family," said Akash's sister Isha Ambani after the grand do in Mumbai on March 28.
Comments
Akash AmbaniShloka Mehta