The Indian Air Force bombed a huge Jaish-e-Mohammed camp in Balakot, killing a "very large number of terrorists" according to government officials. 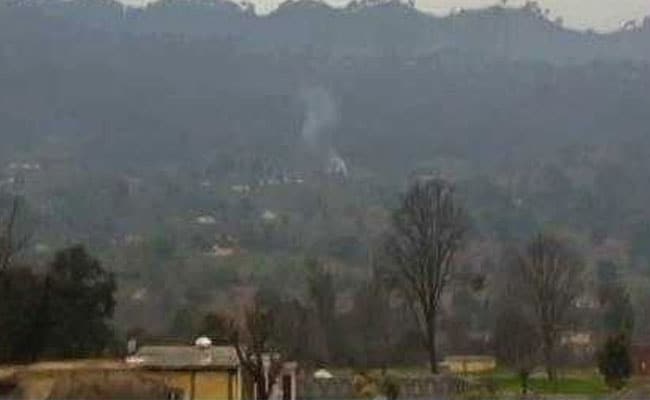 Pakistan stepped up ceasefire violations after the Indian Air Force's strike on a terror camp in Balakot.

Pakistani troops fired mortar shells and small arms across the Line of Control at several areas in Jammu and Kashmir on Tuesday in a sharp escalation of ceasefire violations that have been underway for the last three consecutive days. Five Indian soldiers were injured in the Akhnoor sector by Pakistan's shelling. The Indian Army said it was retaliating strongly and had destroyed five Pakistani posts, causing a number of casualties.

The shelling began hours after the Indian Air Force bombed a huge Jaish-e-Mohammed camp in Pakistan's Balakot, across the Line of Control, killing a "very large number of terrorists" according to government officials.

Pakistan had shelled forward posts in the state's Poonch, Mendhar and Nowshera sectors earlier in the day too, prompting a firm response from the Indian forces.

Government officials in Rajouri said because of the heightened tension, schools within 5 km of the Line of Control will be closed and exams will be postponed.

The Pakistan army has resorted to firing and mortar shelling on forward posts and civilian areas along the Line of Control in Rajouri and Poonch districts on seven of the last eight days.

Last year saw the highest number of ceasefire violations - nearly 3,000 - by Pakistani troops in the last 15 years along the Indo-Pak border.

Pakistan continues to violate the ceasefire understanding of 2003 despite repeated calls for restraint and adherence to the agreement during flag meetings between the border-guarding forces of the two countries, the officials said.

Amid rising tension between India and Pakistan following the Pulwama terror attack and increasing ceasefire violations, the people along the Line of Control and the international border in this region are living under constant fear, they said