IAF Balakot Strike: India carried out the strikes in Balakot across the Line of Control (LoC) two weeks after the terror attack in Jammu and Kashmir's Pulwama.

Indian fighter jets crossed the Line of Control before dawn on Tuesday and carried out "non-military, pre-emptive air strikes" within Pakistan to target a training camp of the terror group Jaish-e-Mohammed, in the biggest escalation between the two countries in decades.

Two weeks ago, the Jaish-e-Mohammed had killed 40 soldiers in Pulwama, in the deadliest attack on security forces in Kashmir.

Around 3.30 am, 12 Mirage 2000 fighter jets of the Indian Air Force crossed the Line of Control and dropped 1,000 kg bombs on a vast terror training facility at Balakot, which was the hub of suicide attack training, said government sources.

Some 300 terrorists, including Jaish chief Masood Azhar's brother-in-law, were killed, sources said. But the government has put out no official figure.

Hours after India confirmed the air strikes, Prime Minister Narendra Modi said at a rally in Rajasthan: "I assure you, the country is in safe hands."

India stressed that the strike was based on "very credible intelligence information" that JeM (Jaish-e-Mohammed) was planning terror strikes across India. That made "this strike absolutely necessary. It was a non-military, pre-emptive strike," said the Foreign Secretary.

Pakistan Prime Minister Imran Khan chaired an emergency meeting, after which Islamabad said in a statement: "India has committed uncalled for aggression to which Pakistan shall respond at the time and place of its choosing." 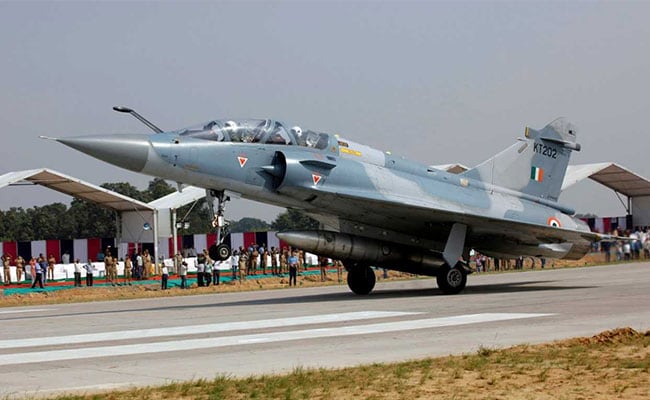 Sources said the Balakot camp, located in the thick forests and on a hilltop, was headed by Maulana Yousuf Azhar, or Ustad Ghouri, the brother-in-law of Masood Azhar. Yousuf Azhar was one of the terrorists involved in the 1999 hijack of the Indian Airlines flight IC-814, in which passengers frying from Kathmandu to Delhi were kept hostage at Kandahar and swapped for Masood Azhar, who was then in India's custody.

The Indian Air Force crossed the Line of Control for the first time since 1971.

Operation Balakot, said former top bureaucrats, marked a shift from the traditional matrix of hostilities between the two countries and emphasizes India's message to Pakistan that the cost of not acting against terror on its soil will be heavy.

After the February 14 Pulwama attack, at a meeting of the Cabinet Committee on Security chaired by PM Modi, it was decided that India needs to send a strong message, sources said.

"Credible intelligence was received that Jaish-e-Mohammed was attempting another suicide terror attack in various parts of the country and fidayeen jihadis (suicide bombers) were being trained for this purpose," the Foreign Secretary said.

"India has given proof many times seeking action against Jaish-e-Mohammed and others at terror camps so big, that they can train hundreds of jihadis and terrorists at any given time. But due to Pakistan's inaction, this step was necessary and had to be taken," he asserted.

The strikes were "100 per cent successful" and went on "exactly as planned", sources said, adding that the planes returned without a scratch. Pakistan tried to scramble F-16 but could not engage the Indian jets, they said.

India briefed major world powers about the air strike, which provoked strong statements from countries like Australia and France. China, which calls itself Pakistan's "all-weather ally", urged "both countries to exercise restraint".

The last time tensions were at such a high level between the two countries was in 1999 during the Kargil conflict.

On September 29, 2016, the army carried out surgical strikes on terrorist launch pads across the Line of Control in retaliation to an attack on its base in Jammu and Kashmir's Uri earlier that month.