"Wish you love and all the good things in the world," wrote Priyanka Chopra 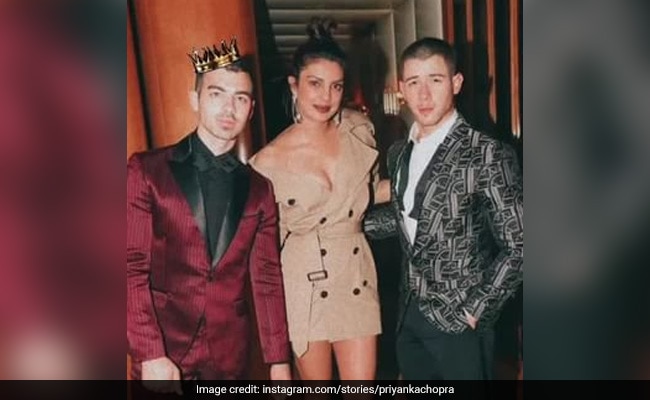 Singer Joe Jonas, on his 32nd birthday, got a whole lot of love from his fans and family members. Joe's sister-in-law Priyanka Chopra posted a memory from the 2017 Met Gala. She posted a picture with the birthday boy Joe and her husband Nick Jonas. This picture is extra special because Priyanka and Nick first met at the Met Gala, where they walked the red carpet in Ralph Lauren's creations. Sharing the picture, Priyanka wrote: "Happy birthday Joe. Wish you love and all the good things in the world." Meanwhile, Nick Jonas shared a picture with brother Joe and he wrote: "Happy birthday Joe Jonas. Love you man. You deserve all the happiness in the world." 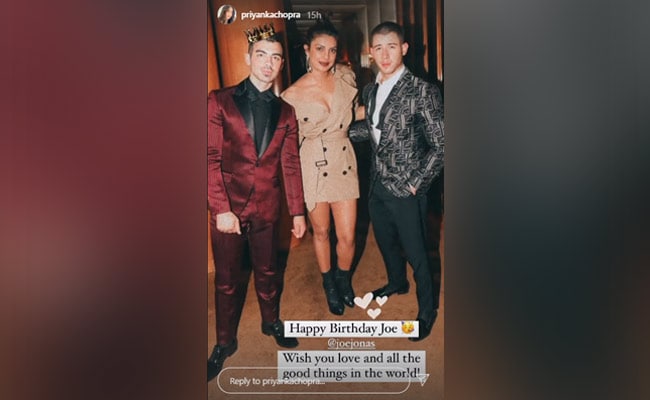 Joe Jonas' wife and Game Of Thrones star Sophie Turner posted a picture of him and she wrote: "Birthday boy."

Sophie Turner and Joe Jonas got engaged in October 2017 and they had an impromptu chapel wedding in Las Vegas in 2019, which was officiated by an Elvis Presley impersonator. Their wedding took place right after the Jonas brothers attended the Billboard Awards. The couple later hosted an official wedding ceremony in France, which was attended by the couple's close friends and family members. Sophie and Joe have named their daughter Willa, who they welcomed last year.

Nick and Joe Jonas along with brother Kevin, are a part of the famous musical band Jonas Brothers. The band became a household name after they made appearances on the Disney channel. Nick, Kevin and Joe started the band in the year 2005 and they featured in the Camp Rock films. They were also a part of the Disney series titled Jonas. The Jonas Brothers returned to the music scenario in March 2019 with their comeback single Sucker, which ruled all the music charts.

Nick Jonas married Priyanka Chopra in a Christian and a Hindu ceremony in Umaid Bhawan Palace on December 1 and 2 in 2018. The couple later hosted receptions in Delhi and Mumbai.