Viral: Rekha's Reaction When She Realises She's Posing Next To Amitabh Bachchan's Pic Is Killing The Internet

Later, when Rekha posed with Vidya Balan, she moved to the same spot with Amitabh Bachchan's shot in the backdrop 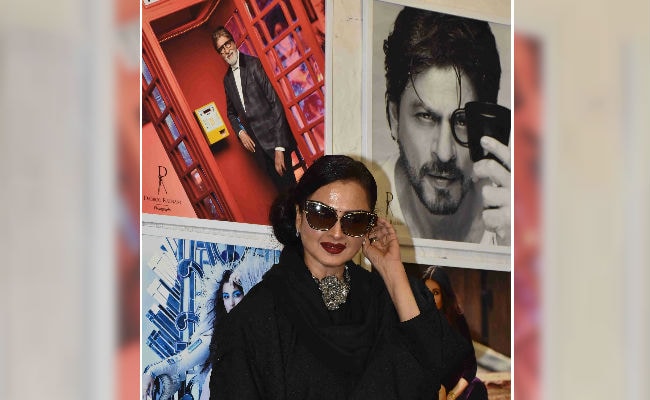 Rekha, who attended celebrity photographer Dabboo Ratnani's calendar launch event, found a spot on the list of trends after a video of her ROFL reaction when she realised she was posing next to Amitabh Bachchan's picture went viral. Rekha, dressed in black from head-to-toe, stopped to pose for the shutterbugs but realised that Amitabh Bachchan's calendar shot was right behind her. She flinched and walked a few paces before she stopped to pose again. The Internet had a field day and shared the video on social media, mostly captioned using ROFL emoticons. "Oh my, this is so hilarious," wrote an Instagram user while another added, "Epic reaction."

Take a look at the now viral video of Rekha from Dabboo Ratnani's calendar launch event:

However, later when she posed with actress Vidya Balan, she moved to the same spot with Mr Bachchan's shot in the backdrop. LOL. 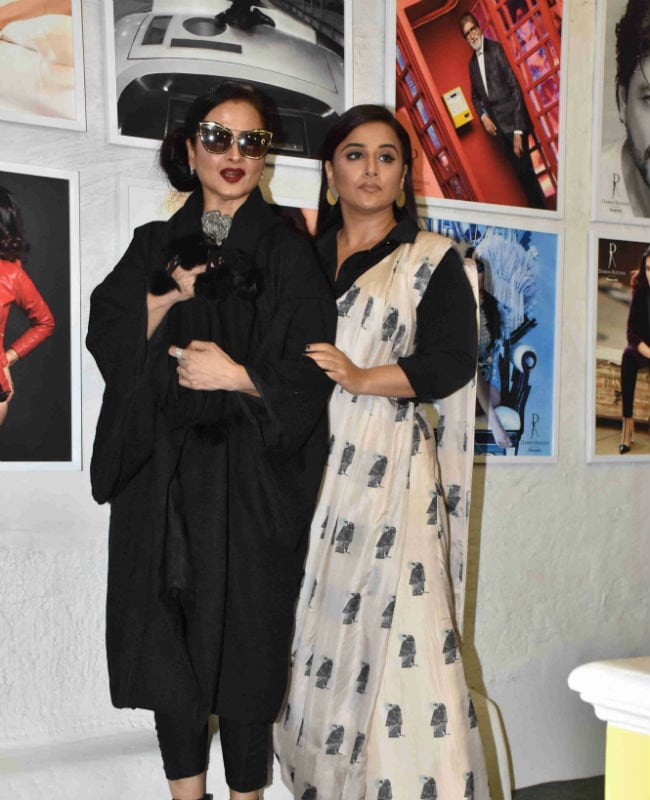 Rekha and Amitabh Bachchan made a blockbuster onscreen couple in the Seventies. They've co-starred in films such as Do Anjaane, Mr Natwarlal and Silsila to name a few. Rekha and Amitabh Bachchan's last film together was Shamitabh, in which Mr Bachchan played one of the lead roles while she made a special appearance. They did not share screen space.