"This Was Our Journey": Ankita Lokhande Remembers Sushant Singh Rajput With Happy Memories 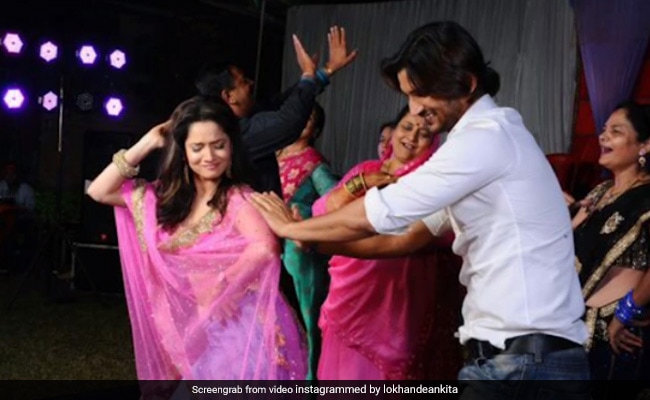 A throwback of Ankita and Sushant. (courtesy lokhandeankita)

Ankita Lokhande and Sushant Singh Rajput were co-stars in the popular TV show Pavitra Rishta. They dated for six years and they parted ways in 2016. On the actor's first death anniversary, Ankita decided to remember Sushant with all the happy memories that they shared. She curated a special video, which had moments they spent together - from their Pavitra Rishta days to vacations and events they attended together. Adding a broken heart emoji, Ankita Lokhande wrote: "14 June. This was our journey! Phir milenge chalte chalte." Sushant Singh Rajput was found dead at his Mumbai house last year. Ankita visited the late actor's family a few days after his death and frequently interacts with Sushant's sisters on social media.

In a separate post, Ankita shared a video from Diwali 2011. The video features Ankita and Sushant happily dancing together. "Left with these memories only. You will always be loved and cherished," she wrote.

Ankita Lokhande, a popular name in the Hindi TV industry, has featured in TV shows such as Ek Thhi Naayka, Shakti - Astitva Ke Ehsaas Ki among others. She was last seen in Baaghi, which starred Tiger Shroff, Shraddha Kapoor and Riteish Deshmukh in pivotal roles. She made her Bollywood debut with Manikarnika: The Queen Of Jhansi.