"He was a brilliant actor, brilliant co-star and I was very fortunate to work with him," said Ankita Lokhande 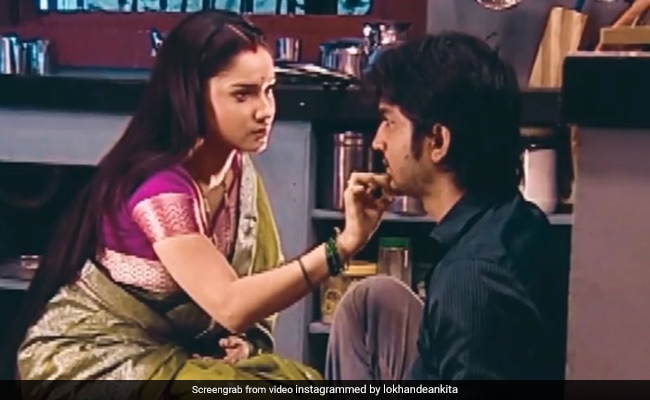 Ankita and Sushant in a still from the show. (courtesy lokhandeankita)

On 12 years of the popular TV show Pavitra Rishta, actress Ankita Lokhande, who starred as Archana in the serial, remembered her late co-star Sushant Singh Rajput. She posted a video on Instagram, where she said that it was Sushant who taught her how to act. "Sushant is no longer with us and Pavitra Rishta is definitely incomplete without him. I am sure he is watching us today and is just happy wherever he is," Ankita said in the video. The actress, who dated Sushant for over 6 years, added, "Sushant always taught me acting. I wasn't an actor. He was the one who used to teach me what is acting. Because I was a junior, he was a senior. He always taught me. He was a brilliant actor, brilliant co-star and I was very fortunate to work with him."

Earlier on Tuesday, she shared a post on Instagram. An excerpt from her post read, "12 years of Pavitra Rishta. Here's to 12 glorious years of this iconic show. Which not only gave me Archana but love all across the globe and made me who I'm today. The story that celebrates joy of life, love, family and friendship. Thank you Balaji Telefilms and Ekta Kapoor for making me Archana and thank you to all the cast and crew. Thank you Maa and Paa for always supporting me."

A few days before the death of Sushant Singh Rajput, his first producer Ekta Kapoor revealed that that a creative executive at Zee TV did not think that the actor was the perfect choice for Manav's character in the popular TV show Pavitra Rishta. However, she convinced the channel's creative executive that Sushant would be the right choice for Manav's character and that "his smile would win a million hearts."