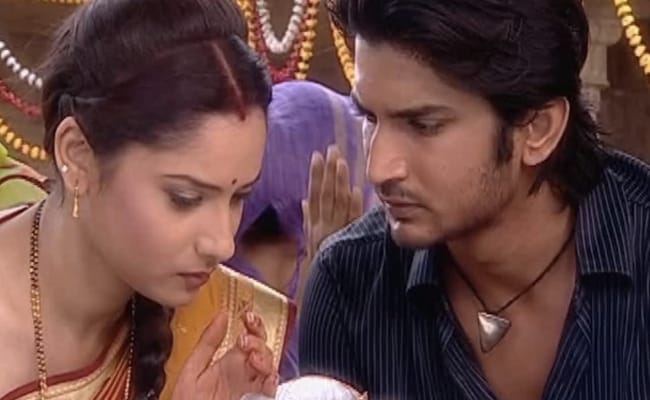 Pavitra Rishta will always remain special for actress Ankita Lokhande - the Ekta Kapoor produced show aired on Zee TV between 2009-2014 and marked the actress' gateway to stardom in television. In Pavitra Rishta, Ankita Lokhande co-starred with actor Sushant Singh Rajput, who died in June last year. Cast as lovers in the show - Archana and Manav - Ankita and Sushant dated for six years till parting ways in 2016. Marking 12 years of the iconic show today, Ankita Lokhande poured her heart out in an Instagram post, writing: "12 years! Oh, yes... yes, it's 12 years of Pavitra Rishta, time flies really quickly. With more than 66 awards, Pavitra Rishta remains to be one of the most loved show on Indian Television. Here's to 12 glorious years of this iconic show... Which not only gave me Archana but love all across the globe and made me who I'm today."

Ankita Lokhande's post, which comes with a montage of Pavitra Rishta memories, made fans of Sushant Singh Rajput quite a bit emotional. They flooded Ankita's post with comments remembering the late actor - the general sentiment being: "Miss you, Sushant Singh Rajput."

Sushant Singh Rajput started his career in television with Ekta Kapoor's 2008 show Kis Desh Mein Hain Meraa Dil, in which he was cast as the second lead. Pavitra Rishta marked his debut show as the main lead. Sushant, who shot to fame with Pavitra Rishta, switched careers and made his Bollywood debut with Kai Po Che!. Sushant Singh Rajput's last film Dil Bechara released after his death.