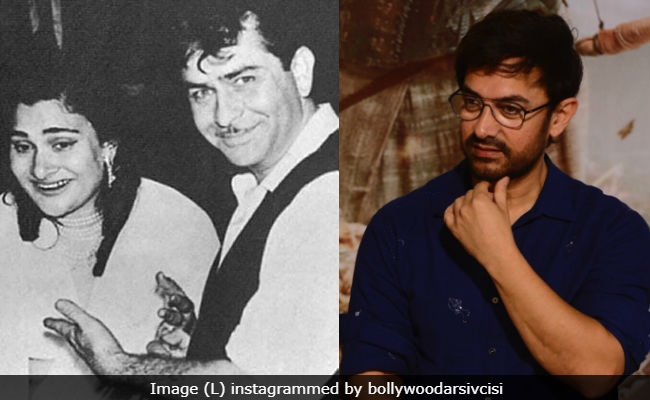 "If Raj Kapoor was an institution in film making, Krishna ji was an institution in living life," actor Aamir Khan's tribute for Krishna Raj Kapoor read. Late actor Raj Kapoor's wife Krishna Raj Kapoor died of a cardiac arrest on Monday and hours after the news of her death featured in headlines, Aamir Khan posted a tribute for her on social media. He added: "A very sad loss to all of us. My love and warmth to Randhir ji, Rishi ji, Chimpu ji, Reema, Ritu ji and everyone in the family. We love you Krishna ji." Earlier today, her son Randhir Kapoor said in a statement: "My mother passed away at about 5 am today due to cardiac arrest... Old age was another factor. We are deeply saddened by her demise," reports news agency PTI.

Several other members from the film fraternity such as Soha Ali Khan (her sister-in-law Kareena Kapoor is Krishna Raj Kapoor's granddaughter), Raveena Tandon and Anupam Kher among others tweeted condolence messages for the Kapoor family.

. Condolences to the entire Kapoor family. An era passes away,#KrishnaRajKapoor .God give you strength,and may the soul rest in peace. Om Shanti. @chintskap

Such sad news this morning.. the most beautiful lady of our industry Krishna Raj Kapoor passes away.. my heart goes out to the entire family.. Krishna Aunty may you rest in peace.

Saddened to hear the demise of #KrishnaRajKapoor ji my deepest condolences,
May God give immense strength to whole family. #OmShantipic.twitter.com/ATYbd8kaYK

Randhir Kapoor also told PTI that the last rites will be performed at Chembur crematorium.