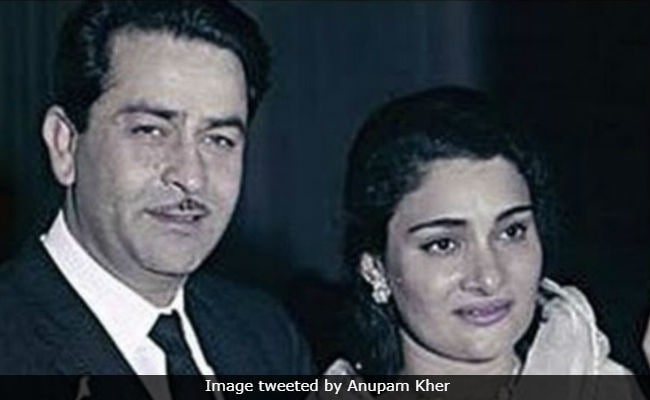 Late actor Raj Kapoor's wife Krishna Raj Kapoor died on Monday, family members confirmed. She was 87. Speaking to news agency PTI, Krishna Raj Kapoor's eldest son Randhir Kapoor said: "My mother passed away at about 5 am today due to cardiac arrest... old age was another factor. We are deeply saddened by her demise." On Instagram Riddhima Kapoor instagrammed two posts featuring her grandmother and she wrote: "I love you... I will always love you - RIP dadi." Raj Kapoor married Krishna Malhotra in 1946 and they had five children together - actors Randhir Kapoor, Rishi Kapoor and Rajiv Kapoor and daughters Rima Jain and Ritu Nanda. Actors Ranbir Kapoor, Kareena Kapoor and Karisma Kapoor were her grandchildren.

On Instagram, Riddhima, the elder of Rishi Kapoor and Neetu Kapoor's two children, posted a picture Krishna Raj Kapoor from her family vacation in Paris and wrote:

I love you- I will always love you - RIP dadi

A post shared by Riddhima Kapoor Sahni (@riddhimakapoorsahniofficial) on Sep 30, 2018 at 8:07pm PDT

The last rites will be performed at Chembur crematorium, Randhir said.

Though her sons, Randhir and Rajiv Kapoor are in Mumbai, actor Rishi Kapoor on Sunday left for USA for medical treatment. He posted this on Twitter:

In the last few years, Krishna Raj Kapoor attended the Kapoors' annual Christmas brunch without fail and she regularly attended her children and grandchildren's film screenings - she was last spotted at a special screening of 102 Not Out starring Rishi Kapoor. In addition to her Mumbai diaries, Krishna Raj Kapoor also featured in family vacation albums abroad.

. Condolences to the entire Kapoor family. An era passes away,#KrishnaRajKapoor .God give you strength,and may the soul rest in peace. Om Shanti. @chintskap

Such sad news this morning.. the most beautiful lady of our industry Krishna Raj Kapoor passes away.. my heart goes out to the entire family.. Krishna Aunty may you rest in peace.

Saddened to hear the demise of #KrishnaRajKapoor ji my deepest condolences,
May God give immense strength to whole family. #OmShantipic.twitter.com/ATYbd8kaYK