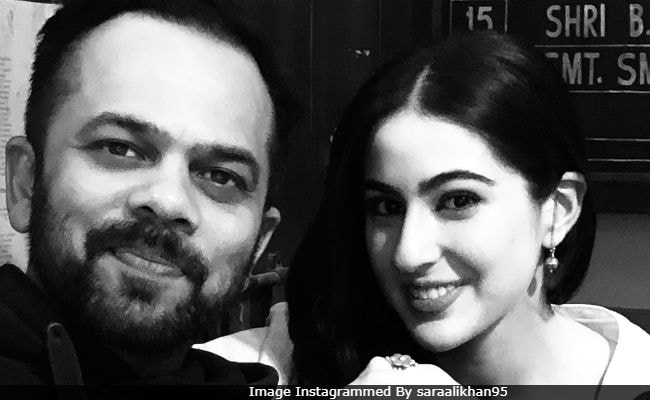 Bollywood celebrities like Sara Ali Khan, Ananya Panday, Kajol, Preity Zinta, Dia Mirza, Anil Kapoor and others have flooded social media with their posts on Teacher's Day, celebrated each year on September 5. Sara Ali Khan, who joined Instagram some weeks ago, shared a series of posts on Teacher's Day. One of them is a collage of the logos of her three schools and the latest ones are her pictures with filmmakers Abhishek Kapoor and Rohit Shetty. With Abhishek Kapoor, Sara shot for her debut film Kedarnath and Rohit Shetty directs her in Simmba. Through the posts, she wished both of them a very happy Teachers' Day." Her posts also have several pictures from the sets of both the films.

Happy Teachers' Day @itsrohitshetty Sir!! Thank you for being the kindest, warmest and most giving person I know. And thank you for trying to teach me not just my job, but how to be a better person each time I meet you. #simmba #gratitude #boss

In Abhishek Kapoor's Kedarnath, she co-stars with Sushant Singh Rajput. Simmba is Sara's second film. The film is headlined by Ranveer Singh. Both Kedarnath and Simmba are scheduled to release later this year.

Meanwhile, coming back to Teacher's Day posts, Ananya Panday, just like Sara, posted a video with director Punit Malhotra. He is directing Ananya in Student Of The Year 2, her debut film.

Kajol, who is very busy with Helicopter Eela promotions, shared this video.

Preity Zinta posted a picture with her mom Nilprabha, which appears to be taken during a puja, and wrote, "I want to thank all my teachers today who have taught me everything I know & most of all my mother who has taught me to be humble, down to earth, to pray, to forgive & to be spiritual."

I want to thank all my teachers today who have taught me everything I know & most of all my mother who has taught me to be humble, down to earth, to pray, to forgive & to be spiritual #Teachersday #Mom #Thankyou #Jaimataki

Here are some of the Teacher's Day posts from Dia Mirza, Anil Kapoor and others.

To all my teachers .. kind or otherwise .. Happy Teacher's Day!! I am who I am coz of you all