Helicopter Eela Review: The Pradeep Sarkar-directed film, also starring Riddhi Sen, is an ungainly crash landing at the end of a wobbly ride. 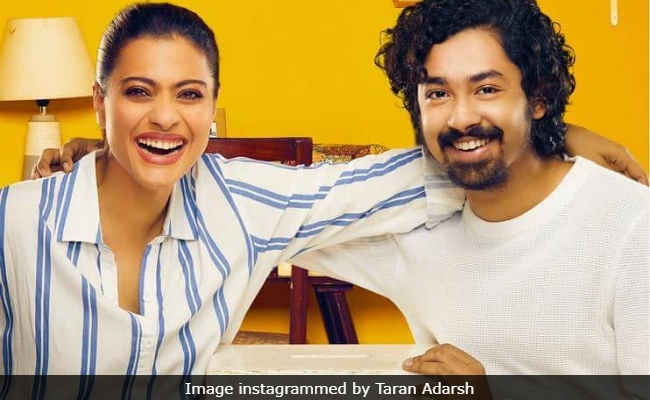 Pradeep Sarkar's Helicopter Eela, starring Kajol as the eponymous protagonist, is an undeniably well-intentioned family entertainer. But is that enough for it to pass muster? No. The film does appear to have a clear purpose. It is the delivery that's choppy. It is marred by an unconvincing storyline, vapid treatment and overly hammy acting. Helicopter Eela is a massive letdown.

Co-produced by Ajay Devgn, the film aspires to be a synthesis of a musical of sorts and an emotional mother-son dramedy. But the lack of wind in its rotors prevents it from lifting off the ground and flying forth. It hovers drearily, and in predictable ways, over a mollycoddling mom who not only peeves her teenaged son no end but also puts her own life and career on hold. The film labours the point about a single parent's relatable predicaments but fails to impart sustained momentum to the message.

The tale of a woman in her 40s who misses her chances and then, two decades on, finds herself scrambling to make up for lost time should have been a watchable, if not rousing, affair. It isn't because of the insipid and contrived situations she is thrown into and the bizarre reasons that are thought up for the ever off-putting turns that her life takes. 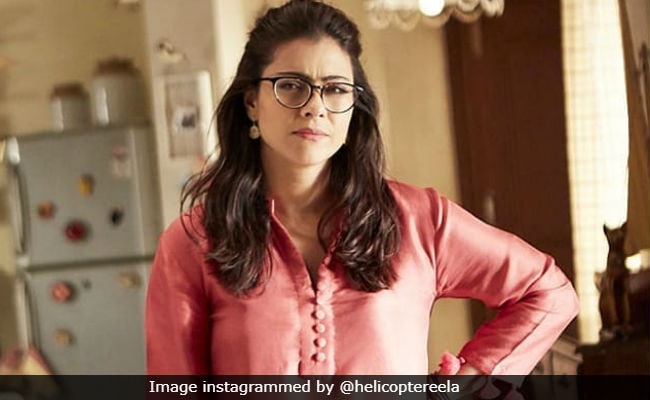 In the role of a mother who is bent upon smothering her college-going son with more attention than the latter craves, Kajol swings between the excessively exuberant and the crazily cantankerous. The tonal missteps completely mess up Helicopter Eela, adapted from a Gujarati play written by Anand Gandhi. The lead actress is left with too high a mountain to climb. Not that Kajol isn't up to the task. She certainly isn't low on energy. However, a little less enthusiasm might have helped make the character more nuanced and rounded.

With all semblance of subtlety being given a wide berth, the screenplay banks upon broad strokes to portray the spirited protagonist and the effect she has on the object of her attention. This woman is somebody who has willingly abandoned her playback singing aspirations to raise her son all by herself. When the boy reaches his late teens and is constantly embarrassed by his mom's never-ending interventions in his life and personal spaces, he decides to do something about the situation. That is the crux of Helicopter Eela.

The scenes between the mother and the son aren't written with much imagination and despite the commendable modulation that young Riddhi Sen (the Chauranga and Parched actor in his first mainstream Bollywood role) brings to the part, the parent-child tensions do not become believable or acquire any force. The obsessive mother keeps a close eye on the boy. She frets and fumes over his dependence on his mobile phone. She never tires of reminding him to bring back the tiffin box that she packs for him every day. 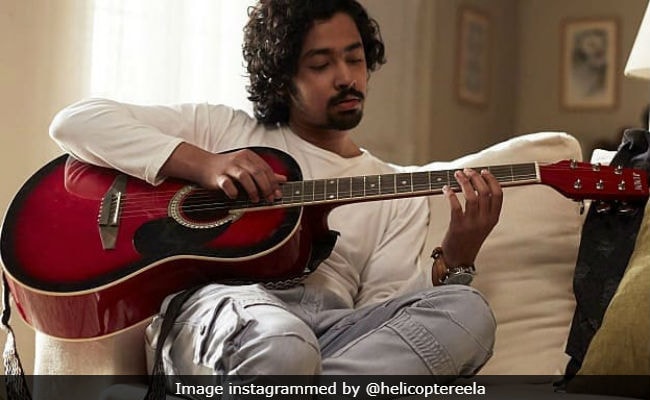 Helicopter Eela opens with Kajol's busybody character, Eela Raiturkar, readying herself to leave for her first day at college after a 22-year hiatus. Turns out that she is in the same class as her son, Vivaan. Her arrival piques the curiosity of her young classmates. Flashback to the mid-1990s, where we meet Eela's songwriter-boyfriend Arun (Tota Roy Chowdhury) who soon becomes her husband. For a reason that can only be described as strange, one fine day the man decides to vanish, leaving Eela and Vivaan to fend for themselves. 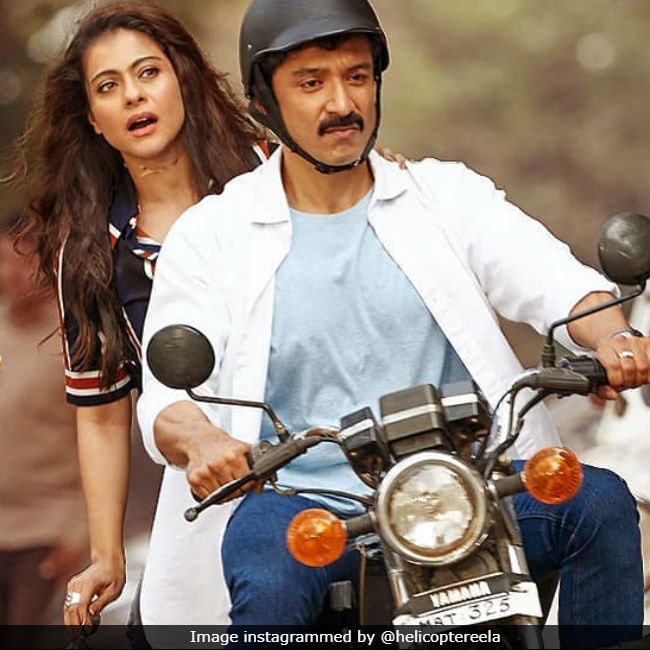 The 1990s provides an inevitable pretext for some retro Hindi film music highlighted by Ruk Ruk Ruk Arre Baba Ruk, whose dummy version is belted out with elan by Eela. The remix becomes an instant hit and gives her an oh-so-brief toehold in the showbiz pantheon. While these passages in which the likes of Annu Malik, Mahesh Bhatt, Ila Arun and Shaan get to play themselves and Alisha Chinai, the singer of the original Ruk Ruk Ruk, is cast as a successful crooner named Anita are passable, they are at best fleeting moments. They do not change the course of the film.

For a film laden with so much music, including that lively ode to fading memories, Yaadon Ki Almari (lyrics: Swanand Kirkire; music: Amit Trivedi, sung by actress Palomi Ghosh), Helicopter Eela is tone-deaf. The number sounds great both in the flashback and in the climax, but the film makes such heavy weather of depicting the heroine's journey towards self-realisation and redemption that it does no justice to the everyday quality of the lyrics (Ik Wallet Hai Leather Ka Jismein Rehti Thhi Kangali, goes one line). The film is far too flighty and melodramatic to be able to capture the tangibility of the emotions expressed in the song.

Neha Dhupia as a drama teacher does more drama than is required, hurling shoes at students who audition for a play and fall short. At one point, the exasperated college principal (Zakir Hussain) yells: "This isn't a playschool." That is open to debate: the way the teachers and students conduct themselves in this college, it resembles a loony bin where the supervisors are as unhinged as the inmates. 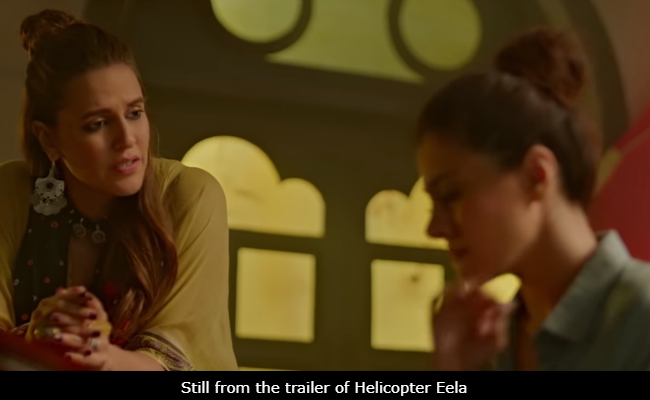 The problem with Helicopter Eela is that it allows the drama to trump its comic potential. A little more wit and humour and a little less earnestness might have given the film the wings it wants. After a disappointingly predictable and patchy two hours, the climax, too, does little to help the audience forget the trudge up until this point.

To sum up, Helicopter Eela is an ungainly crash landing at the end of a wobbly ride.