Kajol Reveals Why She 'Never Wanted To Be An Actor'

"I didn't think it was worth the effort," said Kajol 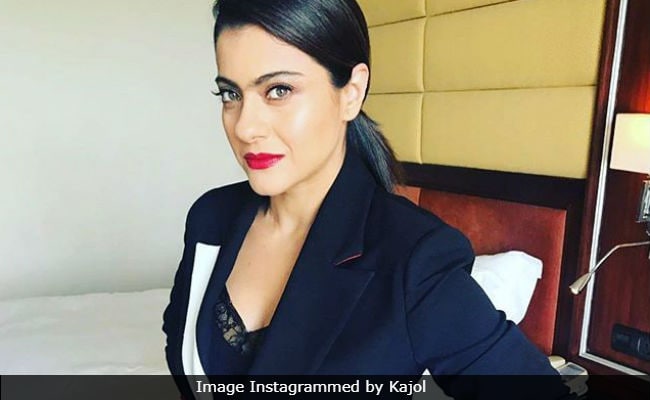 Kajol is considered to be one of the most successful actresses of the Nineties. Kajol, who impressed the critics as well as the audience with her acting prowess, in a recent podcast interview with Rajeev Masand and Anupama Chopra, revealed that she "never wanted to be an actor," stated news agency IANS. Kajol said that she believed that it "wasn't worth the money that was being paid out." The 44-year-old actress told IANS: "I never wanted to be an actor actually. I didn't think of it was worth the money that was being paid out. I didn't think it was worth the effort and I definitely thought my mother worked too hard for whatever she was doing and however we were at that point of time."

Kajol, a mother of two, took a brief break from her acting career after the 2015 film Dilwale. However, she did make a comeback on the silver screen with the 2017 Tamil film Velaiilla Pattadhari 2, co-starring Dhanush.

Kajol is currently busy with the promotional duties of her upcoming film Helicopter Eela, co-starring 19-year-old National Award winning actor Riddhi Sen and Neha Dhupia. The film is reportedly based on Anand Gandhi's Gujarati play titled Beta Kagdo. In the film, Kajol will be seen playing the role of a single mother , who aspires to be a singer. The film went on floors in January this year and it has been directed by Pradeep Sarkar and it has been co-produced by Kajol's husband and actor Ajay Devgn.