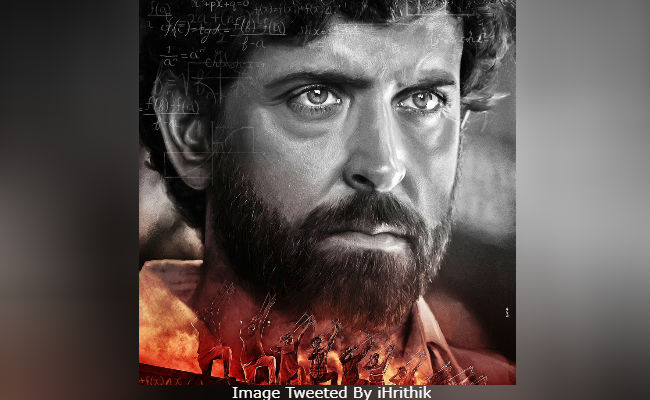 Actor Hrithik Roshan perhaps chose the best day to unveil the first look poster of his upcoming film Super 30, based on mathematician Anand Kumar. Some hours ago on Teacher's Day, Hrithik shared the poster on social media. "Ab raja ka beta raja nahin banega..." reads the tagline. Hrithik sports an intense look and we can also see a group of children in the poster. Needless to say, Hrithik look quite similar to Anand Kumar IRL. Later, Hrithik revealed two more posters from the film and captioned one of them as, "Waqt badalne wala hai. Welcome to Super 30." Take a look at the first look poster of Hrithik Roshan's Super 30 here.

Here are the other two posters shared by Hrithik.

Super 30 is a programme in Patna, in which Anand Kumar tutors 30 students from economically weak background for IIT-JEE entrance exams.

Some months ago, team Super 30 had unveiled the first look of the film, which received a wonderful response from the audience an as well as Anand Kumar.

"I was delighted and pleasantly surprised to see the first look wherein Hrithik sports a rugged, bearded look. I had been told that at present the shooting was being done of my college days. I took out an old photograph of mine, of the time when I was studying at Patna University. I found the resemblance to be uncanny", Anand Kumar told news agency PTI.

Super 30 has been shot in places like Varanasi and Rajasthan. It also stars TV actress Mrunal Thakur.

Directed by Vikas Bahl, Super 30 is expected to release on January 25.