"Hrithik Roshan has always been a gentleman and he is very kind and humble," said Mrunal Thakur 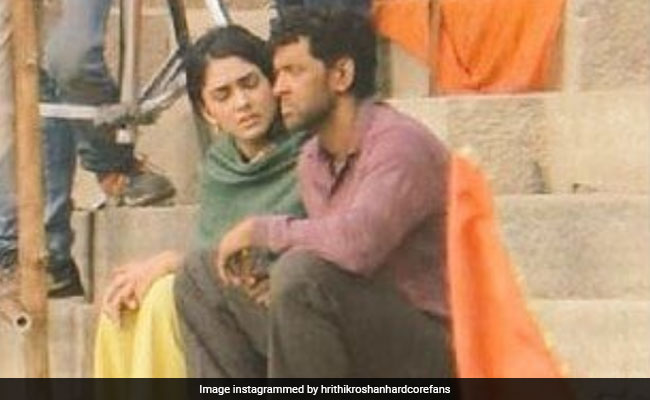 Mrunal Thakur in a still from Super 30 (Courtesy hrithikroshanhardcorefans)

Actress Mrunal Thakur, who is part of Hrithik Roshan's next film Super 30, said that it was "fabulous" working with the actor, news agency IANS reported. "It was fabulous. Actually, it's a privilege to work with Hrithik. He has always been a gentleman and he is very kind and humble," IANS quoted the actor as saying. Mrunal will reportedly play Hrithik's love interest in the film. Speaking more about the 44-year-old actor, Mrunal added: "I don't have filmy background so, I had certain kind of perception about stars in my mind but when I see him, he is always very humble and down to earth so, looking at him, I also feel that I should be more humble in life."

Super 30 is a biopic on mathematician Anand Kumar, the founder of 'Super 30' programme, that trains IIT aspirants in Patna. The film is being directed by Vikas Bahl. Under the Super 30 programme in Patna, Anand Kumar tutors 30 students from economically weak background for IIT-JEE entrance exams.

Mrunal Thakur will be making her Bollywood debut with Tabrez Noorani's Love Sonia, in which she is playing the titular character. Speaking a little about her upcoming film, Mrunal said: "We are receiving really positive response for the trailer of Love Sonia. I am really looking forward to release of the film. I think Love Sonia is a beautiful story of two sisters. Whoever will watch this film, will remember their relationship with their sibling."