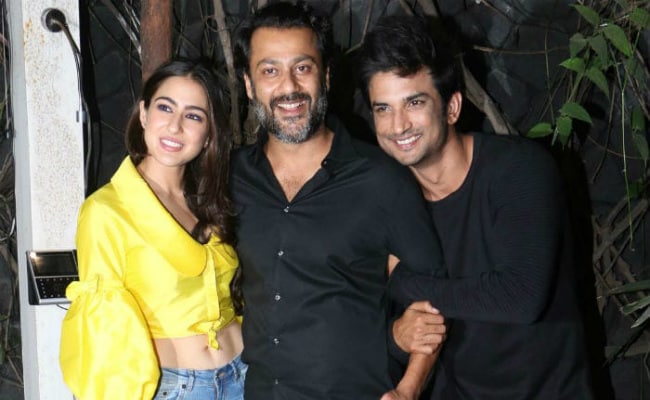 While Simmba holds its spot on December 28, Kedarnath appears to be shifting dates every now and then. As per a recent report in Mumbai Mirror, Kedarnath may not mark Sara Ali Khan's Bollywood debut as the film has reportedly been rescheduled to release in March. Kedarnath has reportedly been shifted to next year to avoid box office collisions in January and February: "With Ronnie's Vicky Kaushal and Yami Gautam-starrer, Uri: The Surgical Strike, slated to release in January, and Abhishek Chaubey's daku drama, Sonchiraiya, also with Sushant, to open in February, Kedarnath has been pushed to March," Mumbai Mirror quoted a source as saying.

There's no word on the exact date yet, the source added: "However, the makers are yet to zero in on a specific date." Earlier, Kedarnath had zeroed in on November 30 as the release date, as was reported by trade analyst Taran Adarsh. Now, if reports are to be believed then Rohit Shetty-directed Simmba will turn out to be Sara's Bollywood debut. Simmba also stars Ranveer Singh and is slated to release on December 28 this year.

Earlier this year, DNA reported that the makers of Kedarnath have postponed the film further from the previously mentioned November date to avoid a clash with Rajinikanth's 2.0, which hits screens on November 29. As per the DNA report, even December was ruled out because of Shah Rukh Khan's Zero, which releases on December 21.

Meanwhile, Ronnie Screwvala has taken over as the producer of the film after the reported rift between director Abhishek Kapoor and former producer Prerna Arora of KriArj Entertainment, who reportedly parted ways earlier this year.